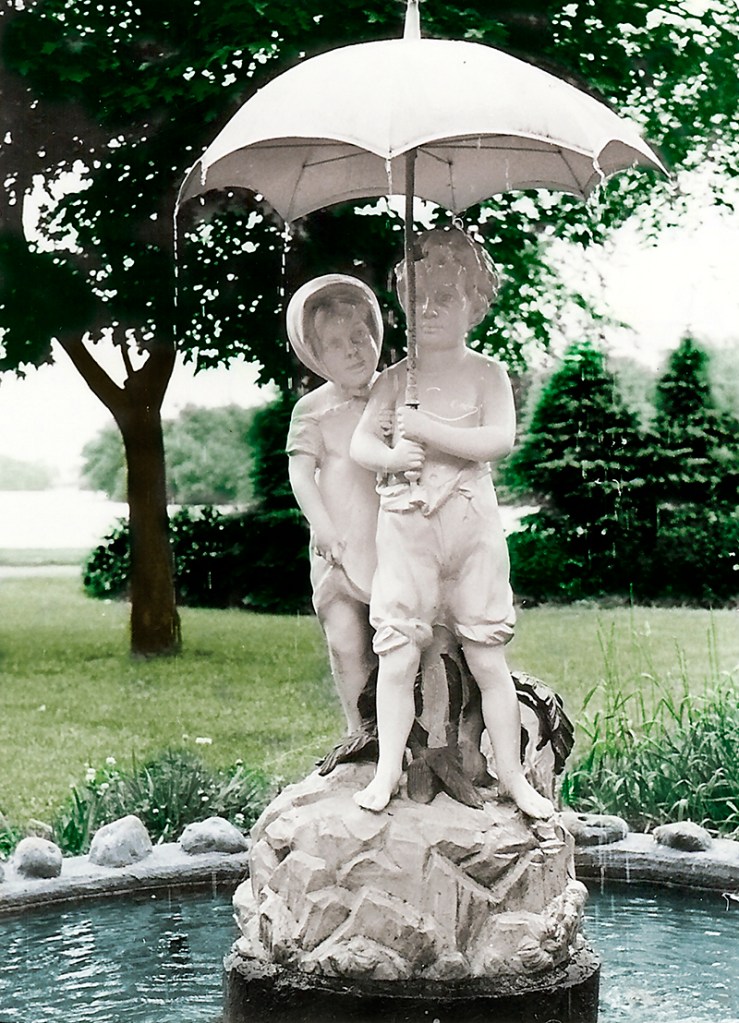 The pictured fountain statue was originally placed in Faville Park. The photo was originally in black and white and was colorized. - Photo courtesy Freeborn County Historical Museum

A short news report in the May 6, 1938, issue of the Tribune helped to stress the mystery regarding this small statue.

It said, “The fountain, given to the city anonymously, and placed in Faville Park at the intersection of Grace Street and Lakeview Boulevard has been put in place and is in operation. 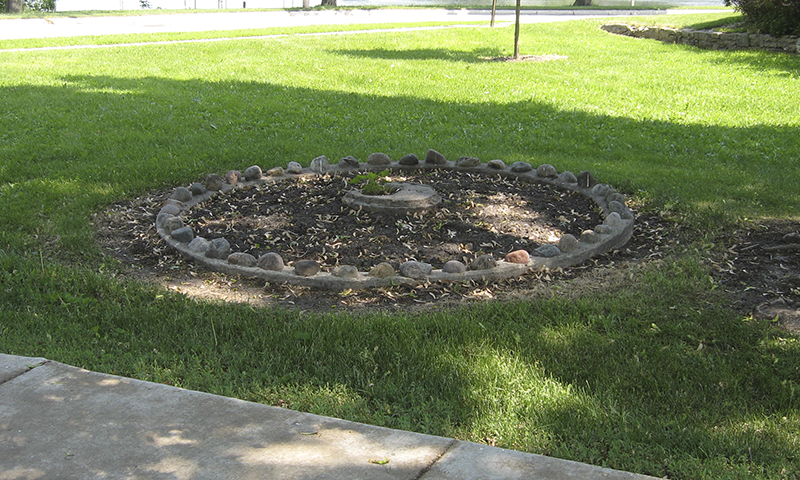 Pictured is where the statue was thought to have once stood. – Tribune file photo

Some folks might have thought Frank Faville donated the odd triangular plot of land to the city because it was part of his homesite. In reality, he lived across the street at 401 Lakeview Blvd.

Just when this small fountain/statue was removed from its original park site could still be a mystery. Why it was removed was based on several reasons.

One was a concern that it could be vandalized. Another was based on it possibly being struck by a vehicle going straight ahead on Lakeview Boulevard instead of following the curve in the street near the statue’s original site.

Frank Faville (1868-1947) was the local manager of E.F. Stacy & Sons Fruit Co. He represented the 1st Ward on the Albert Lea City Council from 1915 to 1919, was alderman-at-large from 1919 to 1921 and was the city’s mayor from 1921 to 1927. Faville also served on the parks board for several years, and this may have been a factor for him making the decision to donate the park site and fountain/statue to the people of Albert Lea.