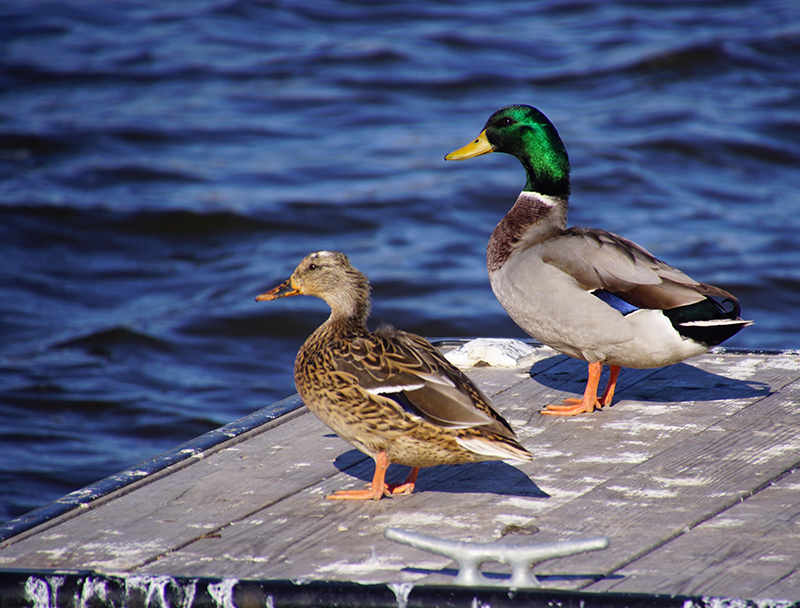 “Everything is nearly copacetic. I was headed to town when I was pulled over for attempted speeding recently. It was the coldest day of the year and the wind was howling like a banshee. I’m just glad there is no law putting a time limit on how long it takes to find a driver’s license. I took forever to locate mine. By then, the officer’s nose had turned blue in the cold and icicles hung from his eyelashes. He told me to forget it, take the lead out of my boot and to speed no more. Weasel is always borrowing my tools and never returning them. I asked if I could put my table saw and drill press in his garage. Weasel wondered why. I told him it was so I could have all my tools in one place. I stopped at the Pay & Get Out Store to get a wrench to replace one Weasel lost. I griped about the price. Apparently, I’m paying for the owner’s orthodontia for his kids. He told me that he wished he had 20 customers like me.”

“It was until he added, ‘The problem is that I have 200 customers like you.’”

A lone Canada goose flew overhead, honk-a-lonking at a good goose speed. It’s head turned from side-to-side. I hoped it would find whatever it was searching for. There are a number of subspecies of Canada goose that have been recognized, with only a couple being distinctive. In general, Canada geese are smaller in the north and darker in the west. The smallest forms are considered a different species called the cackling goose.

Skunk smell was in the air. It’s a sign of spring.

That’s worth honking about.

“Are birds able to sleep while they are flying?” There are bold pilots and there are old pilots, but there are no bold, old, sleeping pilots. Sleeping while flying, even with autopilot, isn’t a good idea for humans. Some birds, such as the frigate bird, fly nonstop for weeks without landing. Many bird species are known to fly without stopping for days, weeks or months. Sleep deprivation has adverse effects on humans, but birds can sleep while flying. Frigate birds sleep with both hemispheres of the brain or in just one cerebral hemisphere while in flight. There are two types of sleep in birds: the rapid eye movement (REM) and the slow wave sleep (SWS). Researchers attached small flight data recorders to the heads of female frigate birds. When the birds landed, researchers caught them and removed the recorders. Data showed that the birds remained awake during the day to actively search for hunting opportunities. At sunset, the frigate birds entered SWS for a few minutes that occurred in one or both hemispheres. I’d think that sleeping birds in flight would face the dangers of colliding with other objects or birds and falling from the sky.

Researchers found this unlikely. When mallards sleep at the edge of a group on the ground, they keep one brain hemisphere active and that corresponding eye open. The open eye is directed away from the other mallards and toward a possible threat. It keeps an eye out for predators. Scientists believe that flying birds depend on a similar autopilot process to navigate and maintain control. Birds do have an ability to cheat sleep. Researchers found that flying birds often sleep less than one hour a day, much less than when they snooze on land.

Those who enjoy nature are never bored

Owl enthusiasts from around the world will gather on March 3-5 at the 15th annual International Festival of Owls in Houston, Minnesota. The festival is family-friendly with live owls, field trips, nest-box building, photo contest and art projects for children. More information is available at visitingfestivalofowls.com.

The “All Things Spring” Horticulture Day is at the Waseca Southern Research and Outreach Center on March 4. Information can be found at sroc.cfans.umn.edu.

Prairie Smoke and Chester Woods will be hosting a prescribed burn class on March 21 at 6:30-8:00 p.m. at Chester Woods Park, 8378 Highway 14 East SE in Eyota. Learn how to plan a burn on a prairie, important factors to consider before burning and how to safely perform the burning process. Sign up by email at wbnigon@gmail.com or by calling 507-285-0496, before March 14. It’s free of charge with a free will donation encouraged.

On April 1, the Minnesota Native Plant Society Annual Symposium, Restoration and Conservation of Native landscapes and Species will be held at the Minnesota Landscape Arboretum in Chaska from 8:30 a.m. to 4 p.m. Register by emailing smkooyman@gmail.com

The Bluebird Recovery Expo will take place from 8 a.m. to 4 p.m. April 22 at Northfield Middle School. There will be an abundance of vendors, speakers and helpful advice. Email jeanieandcarl@hotmail.com to register.

The National Eagle Center in Wabasha will be holding SOAR with the Eagles events every weekend in March. These include flying bird shows, live animals, arts and crafts, exotic birds, insects and more. March 4 to March 5 features Earthquest, March 11 to March 12 Wild World of Animals, March 18 to March 19 Wings to Soar and March 25 to March 26 brings the Cincinnati Zoo. For more information, soar to www.nationaleaglecenter.org/soar-with-the-eagles/.

“One small crack does not mean that you are broken, it means that you were put to the test and you didn’t fall apart.” — Linda Poindexter