Funeral services for Elizabeth A. “Bette” L’Esperance of Albert Lea, formerly of Two Harbors, will be at 10:30 a.m. Monday at St. Theodore Catholic Church in Albert Lea. The Rev. Russell Scepaniak will officiate. Interment will be in Lakeview Cemetery in Two Harbors at a later date. Visitation will be from 5 to 7 p.m. Sunday at Bonnerup Funeral Service and one hour before the service at the church. There will be a prayer service at 6:30 p.m. Sunday at the funeral home. 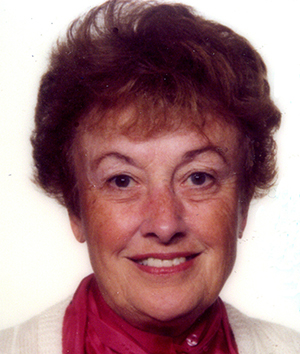 Elizabeth was born Jan. 22, 1925, in Campbellford, Ontario, Canada, the daughter of James and Frances Blute. Due to her childhood health difficulties, Bette was raised by James and Minta Kerr.

She graduated from St. Peter Catholic School in Trenton, Ontario, and also from Belleview Business College in Ontario.

She married her soulmate, Bernard Francis L’Esperance, on June 2, 1951, at St. Peter Catholic Church in Trenton, Ontario. They eventually settled in Two Harbors, where Bernard began his medical career.

They retired in Sun City West, Arizona, where Bette volunteered to teach immigrants the English language.

Bette had a heart of gold and will be fondly remembered for her gifts of giving, sharing and helping others in need and for her strong faith in God.

She was preceded in death by her husband, Bernard L’Esperance, in June 2016; her parents James and Frances Blute; and James and Minta Kerr, who raised her.