Al Batt: When do bald eagles return to Minn.? Does Minn. have the most? 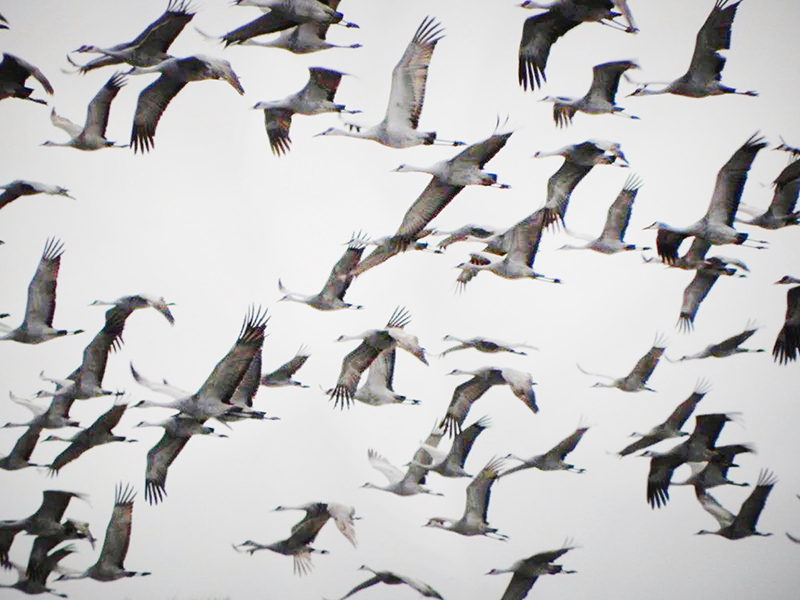 “Everything is nearly copacetic. I’ve been helping Still Bill put down linoleum. He’s superstitious. Still Bill doesn’t like to work in any week that has a Monday in it. He filled the gas tank of my truck as my pay. I’m amazed at the gas pumps of today. They can pump $40 in the same amount of time it took to pump $10 years ago. Still Bill gardens all winter. He grows green things in his refrigerator. I love my ex-wife, even though she came to her senses and left me. She loves winter. Of course, whenever she’d get mad at me, she’d clean the toilet. With my toothbrush. My favorite part of winter is when it’s over. I try to predict winter’s end, but being under the weather doesn’t make me a meteorologist any more than eating Rocky Mountain oysters makes me a urologist. Speaking of doctors, Splint Eastwood told me I should have an operation on my shoulder. I’ve been carrying the weight of the world on it for years. Splint asked if I had any questions. I asked if the operation would have any impact on my hobby.”

I drove down the road, wondering as I wandered.

Did Noah believe in climate change?

A skunk, both adorable and odorable, crossed the road ahead of me.

I missed it and I missed being in Kearney, Nebraska, for the sandhill crane migration along the Platte River. Circumstances made such a visit impossible.

A new stamp from the U.S. Postal Service celebrates one of the greatest wildlife spectacles in North America — the annual convergence of sandhill cranes on Nebraska’s Platte River valley. The stamp features a photograph of cranes flying low over the river at sunset taken by Nebraska photographer and conservationist Michael Forsberg.

I felt the absence of the cranes in my life.

Just then, two sandhill cranes flew high over my car.

Not a Toyota Tercel

I watched a pair of peregrine falcons zoom over the Kahler Hotel in Rochester. The raptors sliced through the air above a large flock of perched pigeons. There is a significant difference in size between the sexes, with the male about 70 percent the size of the female. The male is called a tercel (third) perhaps because every third egg in a clutch was thought to hatch into a male or because male hawks were said to be a third smaller than females.

Peregrines prey upon pigeons, but the pigeons didn’t appear to be worried. Maybe they could tell that the falcons’ fancy had turned to romance rather than lunch.

Maybe the optimistic pigeons, like humans, think that bad things could never happen to them.

“Are more robins staying here over the winter than in the past?” Yes. Landscaping may be a factor, as it provides fruit for the robins to eat. The trend to increased numbers of wintering robins may reflect warm­ing temperatures and reduced snow cover.

“Which direction should a birdhouse face?” If possible, the entrance hole should face east or southeast for the best results. The birds like facing into the early morning sun.

“Does Minnesota have the most nesting bald eagles?” No, Florida and Alaska have larger nesting populations than Minnesota.

The poetry of cranes

Charles Peek is a wonderful poet who lives near the Platte River where hundreds of thousands of sandhill cranes pause in their migration to nourish themselves for their flight north. He wrote this delightful piece. “Out along the last curve in the brick walk the grass has begun to green, with the freezing cold and coming snow its certain fate. The cranes make the same mistake, fields of red capped heads attest their arrival just before the worst blizzard of winter makes it impossible to tell the field from the river. And we, too, have known these mortal mishaps, miscalculated our time, found ourselves out of step, arriving too early, staying on too late, misjudging the nearness, the vengeance of the storm. The cranes, the grass, they tell us: this can go on for millions of years.”

Do you have an appetite for apps?

An app developed in collaboration with field guide author David Sibley is called Song Sleuth and it enables iPhone or iPad users to record, recognize and identify nearly 200 North American bird songs. It’s based on a development of algorithms by Wildlife Acoustics, a company that provides bioacoustics-monitoring systems for scientists, researchers and government agencies.

“Be the untutored traveler, the eager reader, the enthusiastic listener.” — Barry Lopez

“If you make it a habit not to blame others, you will feel the growth of the ability to love in your soul, and you will see the growth of goodness in your life.” — Leo Tolstoy