Stephen Allan Reinhart was born June 25, 1947, in Austin, the son of Albert and Alice (Stiller) Reinhart. He attended school in Austin, graduating from Austin High School in 1965 and then attended Austin Community College. 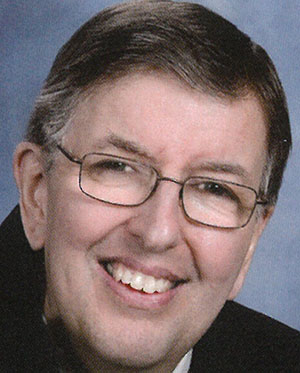 In 1977, Stephen married Debra Benson in Cannon Falls. The couple had two children and were later divorced. After completing his education, Stephen worked at Wilson Foods in Albert Lea for 27 years and then at Hormel Foods for 18 years before retiring in 2012. As a young boy, Stephen was a boy scout and his favorite thing was going fishing. He enjoyed traveling with his family, especially up north to fish and had wonderful memories of a trip to the Grand Canyon with his son. He loved nature, exploring the countryside and spent many hours hiking and walking, especially in the Hormel Nature Center. He was a member of First United Methodist Church.

Survivors include his children Alex (Miriam) Reinhart of Albert Lea and Jessica Iverson of Austin; three grandchildren, Mariah, Joshua and Torin; a sister, Susan Reinhart of Owatonna and many other relatives and friends. He was preceded in death by his parents.

Memorial services will be at 11 a.m. Friday at First United Methodist Church in Austin. The Rev. Dennis Tamke will officiate. Interment will follow the service in Grandview Cemetery. Visitation will be from 9:30 to 11:00 a.m. Friday at the church. Condolences may be expressed to the family online at www.worlein.com.