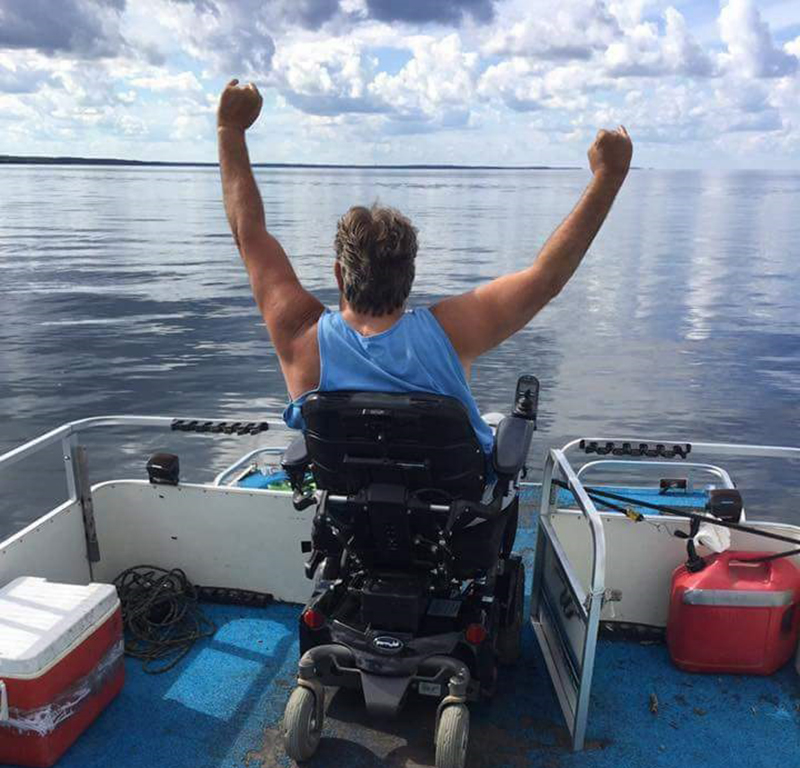 A celebration of life for “John Boy” will be from 1 to 4 p.m. May 6 at Alden Community Center. All friends and family are invited to come and share special memories and celebrate his life. If friends have a favorite photo and/or story they would like included in his memoriam video, scan and email them to heidibrenneman@hotmail.com, titled JohnBoy. He is gone from his family’s and his friends’ presence but will never be forgotten.

John was born March 29, 1959, in Phoenix to Mary Jean (Mason) and the late Russell H. Nelson. He grew up in Alden, where he attended school and graduated from Alden-Conger High School. Upon graduation John enrolled at Minnesota West Technical School, where he studied plumbing and heating and began working for Jim and Dude’s Plumbing & Heating.

John was united in marriage to Marilyn Hayes, a union to which his daughter, Abby, was born.

He was employed by Benton County Jail, where he was the facilities manager for many years. In his younger years John was very athletic and excelled at all sports. In his free time he enjoyed hunting, fishing, trap-shooting and driving his Jeep pickup. In recent years John became a talented woodworker, making many wood-burned and engraved items for friends and family. He did not let his disability define him; his family and good friends helped him live his life the way he wanted — independently on the Deuces Wild 40 near Hillman.

His greatest love in life was his daughter, Abby. He will be greatly missed by his family and friends.

Memorials are preferred to the Abby Nelson Trust Fund in care of Debby Merritt.

John was preceded in death by his father, Russell H. Nelson.