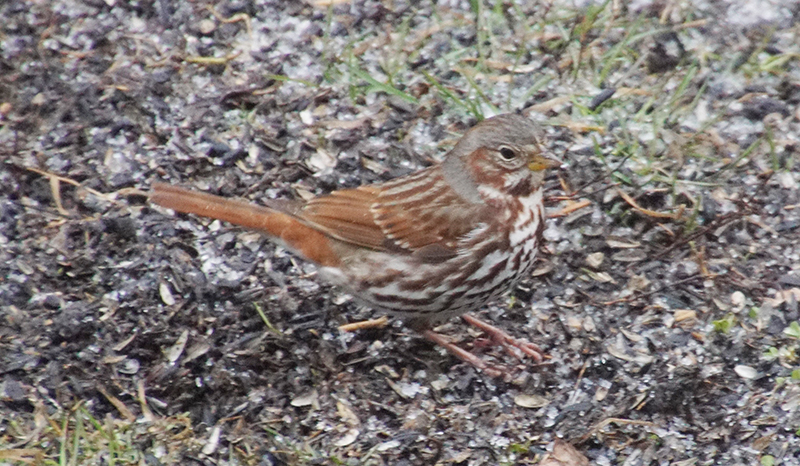 “Everything is nearly copacetic. Once in awhile something amazing comes along. That’s me. I’m still letting the sun rise each morning. I have more squawks than a truck filled with chickens and I’m always going where I’ve just been. I’ve learned not to turn my tax forms into origami. Still Bill, he makes more dust than miles, just had a birthday. He’s older than dirt, yet he doesn’t seem that old. I think it’s because he reads at a third grade level. That keeps him young. Scooter and I gave him a big bag of Australian red licorice for a gift. He loves that stuff. Scooter chipped in on the cost. Scooter has a job now. He’s a breather for What Are You Looking At? Optical Company in the mall. He breathes on the eyeglasses before another technician wipes them clean. Scooter has determined that the main thing in life is to not get too excited. He believes that when all is said and done, in spite of or because of what he might do or think, it’s as likely as not that, for better or for worse, everything will turn out one way or another, sooner or later. It’s hard to argue with that.”

The weather had been acting like a jerk, but the yard was determined to become as green as a grasshopper’s ear.

Birds, both visitors and residents, contemplated the eternal verities and gave voice to the spring. What a day it was for a music lover. The birds sang larger than my imagination. I listened the heck out of them.

Robins bounced along. They searched for food while considering nesting sites and materials. Robins are common, but I never grow weary of their good company.

I was reminded of the words of a favorite writer from my youth, Hal Borland, who wrote, “No winter lasts forever; no spring skips its turn.”

“How many monarch butterflies does it take to weigh a pound?” On average, it would take about 907 butterflies. The average weight of a monarch is approximately half a gram and there are 453.592 grams in a pound.

Dean Muesing of Mankato asked, “Any reason we don’t see the yellow-headed blackbirds anymore? When I was a young boy growing up on the farm, we used to see them quite a bit. I think we called them copperheads.”

They are one of my favorite birds. Breeding bird surveys have found that Minnesota has about 300,000 yellow-headed blackbirds. My father called them “mustard heads.” Since the 1960s, their population has declined 3.93 percent per year. The reason is likely due to a decline in suitable habitat. They nest in deep-water marshes with dense emergent vegetation such as cattails.

“How successful are robin nests?” More than 50 percent on average of nesting attempts by robins fail to produce any young. Only about 25 percent of the fledglings survive until November. Robins can have two or three broods in a season.

“What are my chances of getting bluebirds in the nest boxes I’ve put up?” They are much better than if you hadn’t put up the nest boxes.

I miss Jeanie Siewert of Albert Lea. Her many kindnesses were appreciated. She often helped me to find homes for various critters. As her obituary said, she was survived by “all the animals who were fortunate to be under her tender loving care at her beloved little farm in Albert Lea.” Her obit also included this quote by Cecil Alexander, “All things bright and beautiful, all creatures great and small, all things wise and wonderful, the Lord God made them all.”

Please join me at the Bluebird Recovery Expo from 8 a.m. to 4 p.m. April 22 at Northfield Middle School. There will be an abundance of vendors, speakers, helpful advice and a flock of friendly folks. I love being there. Email jeanieandcarl@hotmail.com to register.

“A pair of good ears will drain dry a hundred tongues.” — Benjamin Franklin