Al Batt: Some flies look like bees; how to tell the difference between them 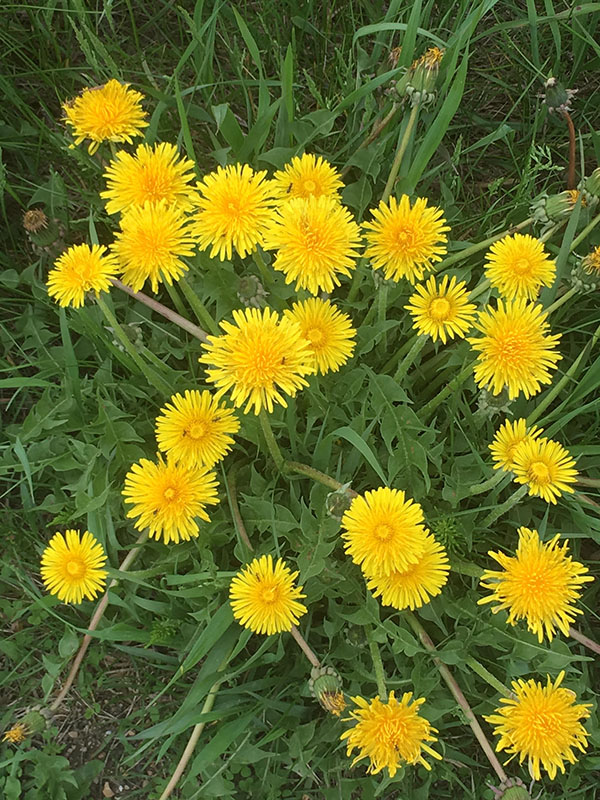 Spring arrives in the smirk of a dandelion. - Al Batt/Albert Lea Tribune

“Everything is nearly copacetic. It happened 24 hours ago, but it feels like yesterday when I talked to an ex-brother-in-law. The way he thinks is almost as if he doesn’t. Talking to him raises my pulse rate like no exercise could. If I want to increase my pulse rate for twenty minutes all I need do is open my credit card bill, which included a charge for eating at a Chinese restaurant. That’s where I got the fortune cookie that read, ‘In case of a fire, keep calm, pay bill, then run!’”

I stood with other birders as we employed binoculars in the hopes of seeing a least bittern. And see it we did.

I saw a chickadee. A happy thing for me. There should be a car named the Chevrolet Chickadee.

I heard a bobolink sing. I love their song, as did my father, but he said that it sounded as if the bird was singing too many songs at once. The bobolink was immortalized by 19th century American poet William Cullen Bryant in a poem titled “Robert of Lincoln.”

I heard American toads singing from vernal ponds in the woods. I used to hear them referred to as hop toads. Males go to shallow breeding ponds and call out to attract females with a distinctive high-pitched musical trill that can last up to 30 seconds. They spend part of their days hiding in burrows or underneath logs, forest litter or rocks, often returning to the same location each day. Adult American toads eat small insects, ants, beetles, moths, spiders, slugs and earthworms.

Crabapples were blooming, offering glorious sights and smells. “Tom Terrific” was an early animated series on TV, presented as part of Captain Kangaroo children’s show. The hero, Tom Terrific, was a boy who lived in a treehouse and could transform himself into anything he wanted thanks to his magic, funnel-shaped thinking cap. He had a lazy sidekick, Mighty Manfred the Wonder Dog, and an arch-foe named Crabby Appleton, whose motto was, “I’m rotten to the core!” Crabapples are no Crabby Appleton. I enjoy the company of crabapple trees all year, but there are three special times when they are especially appreciated: for foliage and fruit in September and October, for bird food in January and for flowers in May. I wish we had more fine flowering trees in Minnesota. Crabapple, lilac, catalpa, plum, magnolia, serviceberry and redbud are great, but you can never have too many flowering trees.

Dandelions bloomed in great numbers. They are pretty. In medieval times, dandelions were used as predictors as to whether a child would grow to be rich when a dandelion was held beneath the child’s chin. A golden glow indicated that the child would be rich. In 18th century England, children held a dandelion under a chin. The more golden the glow, the sweeter and kinder the child was.

I drove past a business selling cherry pickers. Cherry pickers are maneuverable vertical booms with open buckets. The booms were nearly fully extended. I wondered how many bird nests find homes in that equipment? Maybe some avian cherry pickers.

“I saw a photo of a chickadee with a elongated bill. What’s wrong with it?” Avian keratin disorder is characterized by debilitating overgrowth of the beak. It was first documented in black-capped chickadees in Alaska. An article in “The American Society for Microbiology” suggests it is the result of a virus.

“Some flies look like bees. How can I tell the difference?” Hover or flower flies are common insects that can resemble bees or wasps. Bee eyes are separated and they have longer antennae. Flies that are bee mimics have eyes that touch and short antennae. There are 20,000 species of bees in the world. There are 4,000 native species in North America and close to 400 native species in Minnesota.

“I listened to your radio show and you said there are more mallard drakes than hens. Why is that?” At hatching, there are about the same number of males as females. Adult, female mallards are more susceptible to mortality than are the drakes. They fall prey to predators at a higher rate than males, likely because only the hens sit on the nests. Laying all those eggs might put a nutritional strain on females that further reduces their survival.

“Try to be a rainbow in someone’s cloud.” — Maya Angelou

“Nature is party to all of our deals and decisions, and she has more votes, a longer memory, and a sterner sense of justice than we do.” — Wendell Berry