Al Batt: How to get rid of garlic mustard and other answers to questions 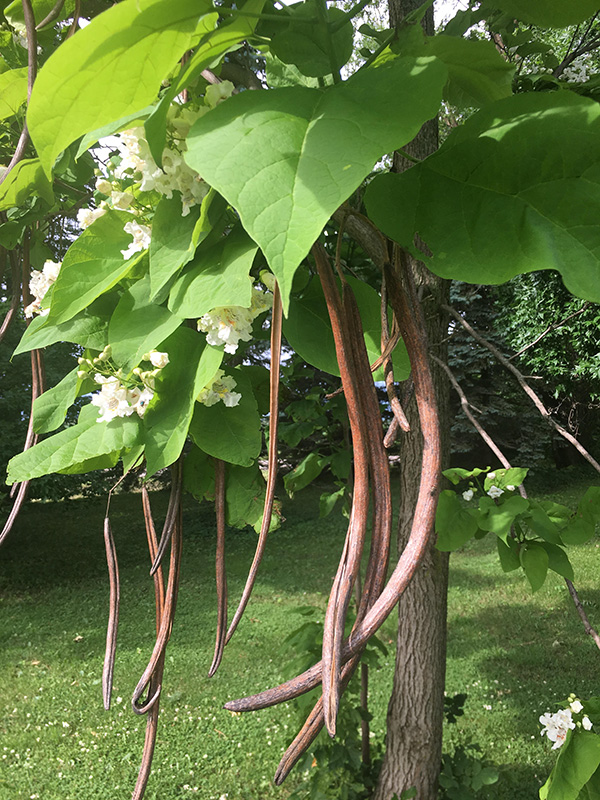 “Everything is nearly copacetic. I went grocery shopping on an empty stomach and am now the proud owner of Aisle 8. And I had to park so far from the store that I was in another area code. I’m trying to buy an old UPS van so that I can park anywhere I want. My toilet overflowed. Fortunately, I was able to save the county from flooding thanks to all the volunteers who sandbagged. Well, today is another day. There is only one thing that I don’t feel like doing today. That’s anything.”

The day was filled with nothing but promise.

The yard was busy. The lovely catalpa tree bloomed. Flowering trees are a wondrous gift.

The early morning lawn hosted many rabbits, a woodchuck and a young red fox. I watched an eastern cottontail eat milkweeds we had planted for the monarch butterflies. I used to plant marigolds around the edge of the garden. They are supposed to discourage bunnies. I planted them until I saw a rabbit eating one of the flowering plants. Rabbits expand their crepuscular foraging activities during the summer.  A crepuscular animal is one that appears or is active at twilight — dusk and dawn critters.

I try to remember that they eat only what they can.

“Could you give the nest cam address for the peregrine falcons at the Mayo Clinic in Rochester?” It would give me great pleasure. It’s http://history.mayoclinic.org/tours-events/mayo-clinic-peregrine-falcon-program.php. Nesting season typically lasts from mid-March/early April to mid to late June. The Mayo Clinic started hosting peregrines in 1997. The falcons usually return there in early February.

“Can I get rid of garlic mustard by pulling the plant?” Garlic mustard is an invasive biennial, flowering in its second year. It’s best to pull them before the plants produce seed. Try to remove the entire root. Pulled garlic mustard material will attempt to complete flowering and set seed, so don’t leave it on the ground. Bag and dispose of the pulled plants as garbage. Mowing garlic mustard isn’t an effective control because plants will still flower and seed. Revisit sites as often to pull plants that have sprouted from left behind root fragments.

“How many times do house sparrow nest?” They likely average three broods per year with an average of five eggs laid each time. Their nests are made of straw, grasses, twigs, paper, leaves, fur and any other available material. I find plastic, cigarette filters and other odd things in their nest constructions. The eggs are white, cream, gray or greenish in color and speckled in brown. Both male and female incubate the eggs for 10 to 13 days. The eggs hatch in about 11 days and the young fledge in 14 to 17 days.

“Are there more beetle species than anything else?” One out of every four Beatles is a drummer. Oh, that wasn’t your question? Scientists have identified some 400,000 species of beetle. That means that they make up between one in five and one in three of all types of described life form, depending upon which of the various figures for the total species count you subscribe to. I heard an entomologist say that 40 percent of all recognized insect species are classed as beetles. J.B.S. Haldane wrote, “If one could conclude as to the nature of the Creator from a study of creation it would appear that God has an inordinate fondness for stars and beetles.”

“What is heat lightning?” All lightning creates thunder, but we can see lightning without hearing thunder. The sound of thunder dissipates as it travels away from the point of the lightning strike, only traveling a dozen miles or so before petering out. You could see the flash of a lightning bolt in a thunderstorm more than 100 miles away from your location. If you have a good view of the horizon on a stormy day, you could see dozens of lightning strikes and flashes in the clouds off in the distance without ever hearing the resulting thunder. This phenomenon is incorrectly called heat lightning, as people once thought that it was the hot, humid air that caused the lightning instead of a far away thunderstorm.

“The whole art of government consists in the art of being honest.”― Thomas Jefferson