Al Batt: Minnesota weather doesn’t want anyone to get too comfortable 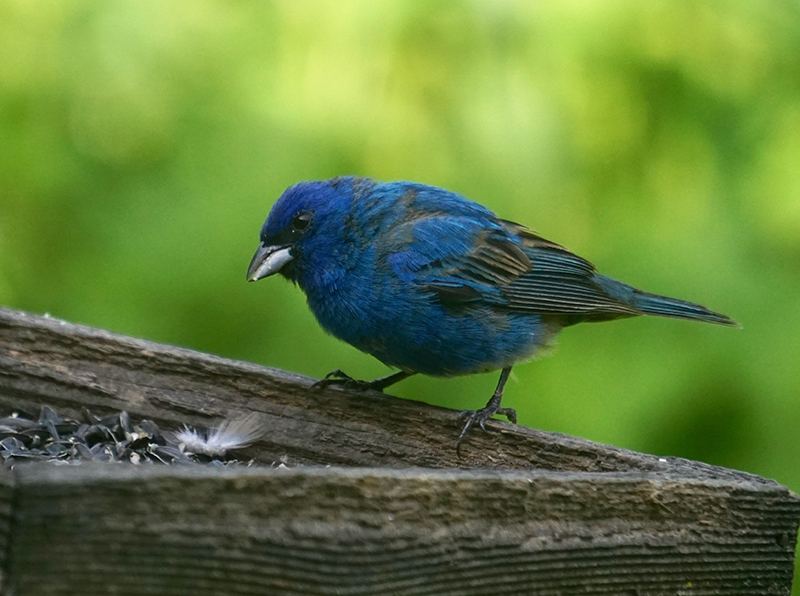 “Everything is nearly copacetic. The wind broke a big branch off my weeping willow and it fell onto the edge of the road. I guess it needed a shoulder to cry on.  I’m worried about my height and not my weight. According to my weight, I should be 7 feet, 6 inches tall, but I’m feeling Laurel and Hardy.”

“No, Laurel and Hardy. I am Hardy, but all my clothes are in a size to fit Laurel. I went to my least disliked clothing store to find a new wardrobe. When I emerged from the fitting room, a clerk took one look at me, shook her head and said, ‘Those pants look terrible on you. I’ll go get you another pair.’”

“That was nice of her to offer helpful advice,” I add.

I listened to Handel’s “Water Music” and the rain fell.

The weather had been warm and sunny. Then it turned rainy and windy. That was followed by hot and humid. Minnesota weather doesn’t want anyone to get too comfortable.

The weather calmed. The colors of my world became sweeter.

I fed the birds. Flies fed on my legs.

A caller to my cellphone said that a bird had pooped on him. I told him that he should be honored. Most of us get nothing more than a song.

“What bird has the most feathers?” Your question reminds me of another question. What side of a bird has the most feathers? The outside. In general, bigger birds have more feathers. We see tundra swans migrating through here and one of those swans has around 25,000 feathers. The champion would likely be the emperor penguin, the largest of the penguins, that carries around 80,000 feathers.

“What can you tell me about the nesting habits of the indigo bunting?” This lovely little bird typically has a clutch size of three or four eggs and are frequently double-brooded. There is an incubation period of 11 to 14 days and a nestling stage of 8 to 14 days. The eggs are usually an unmarked white or bluish white, rarely spotted in brown or purple. The female builds the nest alone — a process that takes up to eight days early in the season and as little as two days later in the summer. The nest is an open cup woven of leaves, grasses, stems and bark wrapped with spider web. The inside of the cup is lined with fine materials. The cup is about 1.5 inches deep with an outside diameter of 3 inches. Indigo buntings nest in fields, wooded edges, roadsides and railroad rights-of-way. I find their nests in weeds, sometimes on corn plants. The indigo buntings bring beauty to our yard and enjoy eating the seeds of dandelions, goldenrods and thistles. I love hearing their songs on even the hottest of days. An effective mnemonic for their song is, “Fire; fire; where? where? here; here; see it? see it?”

“When are baby chipmunks born?” Most mating for eastern chipmunks occurs in mid-March and April. There is a 31-day gestation period with typically two to five babies born in May or June. It is uncommon to have a second litter. The young chipmunks venture from their burrow when they are four to seven weeks old. I enjoy seeing chipmunks. They aren’t a great bother in the garden, but I have found that they have a taste for tomatoes, especially cherry tomatoes.

“I’m seeing beautiful purple flowers growing everywhere. What are they?” Dame’s rocket, an introduced species, flowers in shades of purple, pink or white on roadsides and wooded edges. This plant, with its heavenly aroma, is often mistaken for wild phlox. Dame’s rocket flowers have four petals while phlox has five. Dame’s rocket leaves are positioned alternately along its stems. Phlox has opposite leaves.

“How can I tell a downy woodpecker from a hairy woodpecker?” They look similar, but the downy is smaller than a hairy and the downy’s bill is shorter than the length of its head, whereas the hairy’s bill is as long its head. The downy is more commonly seen than the hairy.

“Why do birds sing so much early in the morning?” It’s the dawn chorus because the light is too dim to forage then, but a robust song informs those within hearing that the singer is strong and healthy enough to survive the night, and lets the competition know that bird is still in charge of his territory. Potential mates are attracted to survivors. Go figure.

“If we walk in the woods, we must feed mosquitoes.” — Ralph Waldo Emerson