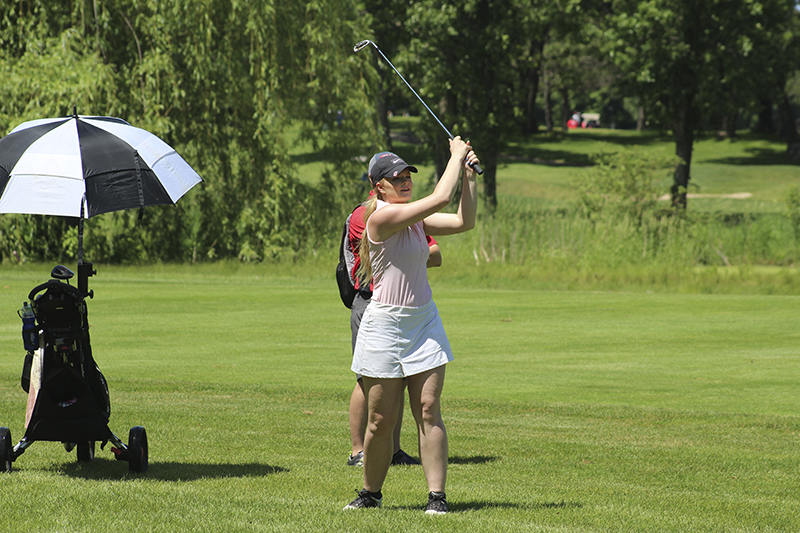 Alden-Conger golfer Elynn Johnson holds her follow-through and watches to see where her shot lands on the second hole of her round on Wednesday. Jarrod Peterson/Albert Lea Tribune

Alden-Conger’s Elynn Johnson and United South Central’s Morgan Pyzick were both looking to rebound from a tough 18 holes on Tuesday with better rounds Wednesday.

Both golfers didn’t necessarily score better than they did on Tuesday, but both were much more steady. 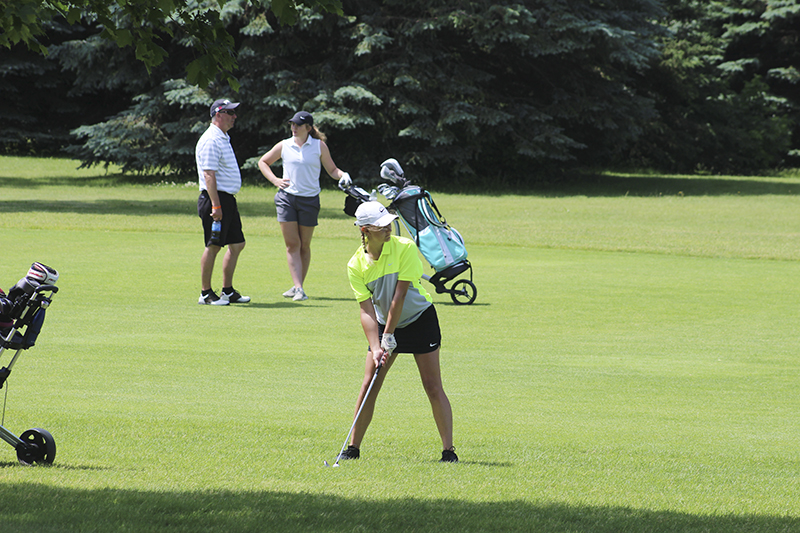 United South Central golfer Morgan Pyzick lines up her second shot on the first hole during Wednesday’s round at Pebble Creek.

Johnson shot a pair of 54’s for a Wednesday total of 108 and Pyzick managed to shoot two strokes better than she did on Tuesday with a 50 on the front nine and a 52 to wrap up the final nine holes.

Pyzick’s state tournament total of 206 placed her 65th out of 84 competitors.

Johnson totaled a 214 to finish alone in 72nd place.