Ryan David Schroader, 54, of Kiester died Thursday, July 13, 2017, at his home in Kiester. Interment will be in Fairview Cemetery in Kiester at 3:30 p.m. today, followed by visitation from 5 to 7 p.m. at Our Savior’s Lutheran Church in Kiester. A prayer service at 7 p.m. at the church concludes the services with the Rev. Katie Pals officiating. Bruss-Heitner Funeral Home in Wells is assisting the family. To leave an online condolence, visit www.brussheitner.com. 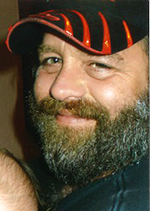 Ryan David was born in Albert Lea on Sept. 18, 1962, the son of Vir Gene “Lop” and Darla (Aske) Schroader. Ryan graduated from Kiester High School with the class of 1981. He was married to Jody L. Sens in May 2001 at Our Savior’s Lutheran Church. They had one son, Harley Joe Schroader, in 2006. The couple divorced in 2009. Ryan worked at Winnebago Industries for over 35 years in Forest City.

Ryan loved spending time with his son, Harley, working on the Corvette and cruising around in the Slingshot. On hot days they had squirt gun fights in the yard. He enjoyed taking Harley to the Hot Wheels show every year, buying, racing and looking at all the cars. The two loved going to car shows, looking at all the classic cars and hot rods.

He is preceded in death by his grandparents LeRoy and Doris Aske and Roy and Ida Schroader; and father, Vir Gene “Lop” Schroader.