It’s just a matchup of the top two teams in the league again.

A good measuring stick for both teams.

“It’s not the finals. It’s a regular-season game, and both teams are jockeying for position, and I’m sure both teams are going to want to win the game pretty badly,” Minnesota’s coach said Wednesday.

The two teams, who are 1-2 in The Associated Press WNBA Power Poll, played a thrilling five-game series last fall and the championship was decided on a last-second shot by the Sparks.

In Reeve’s mind, as well as her players, it’s done with. They are on to this year and trying to win a fourth title in seven years.

“I think for fans, it would be a natural thing to still have it on their minds, because they don’t have the chances that we have to get back to work and move on to a different opponent, and you have to focus on that,” she said.

“So I kind of get that the fans are going to be geeked up, and rightfully so because it’s L.A. And anytime you’re playing L.A. that’s how we feel.”

Minnesota (12-1) has only lost once since that epic finals series, dropping a home game to Connecticut last month.

“I think we sensed it from the beginning of the season. It’s not one particular team. I think we just feel like we have something to prove as a unit,” said Lynx center Sylvia Fowles, who is averaging 20.7 points and 10.1 rebounds this season.

Fowles sees a lot of similarities between the two teams. The Lynx are led by a core group of Fowles, Maya Moore, Lindsay Whalen, Rebekkah Brunson and Seimone Augustus. The Sparks have most of their group back from the title team with Candace Parker, Nneka Ogwumike and Chelsea Gray.

“They’re similar to us in a lot of ways. They rebound. They run. They score. It’s pretty much us in a different uniform,” Fowles said. “That’s what’s exciting about playing L.A. You get a little test for your run and see where we go from there.”

This isn’t even the biggest regular-season matchup between the teams. Their first meeting last year saw both teams unbeaten — the latest in a season that two teams had met without a blemish.

They played a few days later to finish out a home-and-home with each team winning one game. This year they won’t play again until Aug. 11. Thursday night’s game at the Xcel Energy Center in St. Paul is a good chance to see where they stand against the league’s best.

“(It) will be a measuring stick,” Los Angeles coach Brian Agler said. “Where are we right now? We’re still focusing on improving.”

Los Angeles (12-3) has been the hottest team this month, winning its past eight games. The Sparks haven’t been blowing by opponents though, rallying from a 17-point deficit to beat Washington in their previous game.

“I don’t think we’re close to being our best,” Agler said. “We still have room for a lot of growth.”

ESPN analyst LaChina Robinson is glad the rematch didn’t happen earlier in the season when teams were still finding themselves. Los Angeles was missing a few of its players, including Parker, at the start of the season because of overseas commitments.

“They have had time to grow,” she said. “If they had played this team back in late May or early June I don’t think it would have been a very good game. Look how much better Los Angeles has gotten. Teams have had time to jell.

“When they meet again they’ll have even more time to fine-tune things. In my opinion it’s a two-team race right now. Honestly I look at it in the same way we saw Golden State and Cleveland all season.

“We’ll wait till the end to see these two teams play. They are the two best teams. The dramatic finish of Game 5 as well as being the most exciting WNBA Finals we’ve had. There’s great anticipation looking forward to this matchup again.” 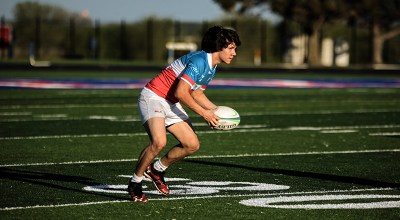