Al Batt: How do birds maintain hold on branches when they’re sleeping? 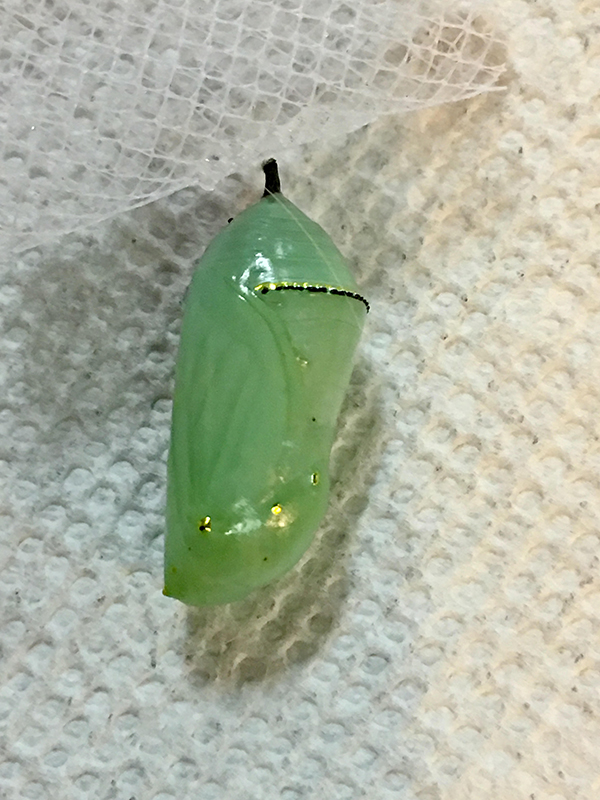 “Everything is nearly copacetic. I’m wearing brown and white shoes. They look fine because the white one is dirty. I stopped in the shoe store and found a nice pair of wingtips that I could wear when I’m slicked up. I asked the clerk if they had that shoe in a size 13. He said, ‘No, but how about a size 11?’ The store has a big bowl that everyone tosses a business card into. The owner pulls a card every month and someone is a big winner. I put one of my cards in the bowl. Mine says, “My card” on it. My card was picked.”

“I won all the business cards in the bowl.”

I walked outside. My shoes quickly became soaked from a heavy dew.

I had listened to the weather possibilities on the radio. Rain was in the forecast.

I recalled a number of sayings about dew.

If three nights dewless there be, ‘twill rain, you’re sure to see.

If a heavy dew soon dries, expect fine weather; if it lingers on the grass, expect rain in 24 hours. With dew before midnight, the next day sure will be bright. If you wet your feet with dew in the morning, you may keep them dry for the rest of the day.

Tim Scott of Mankato asked why he isn’t seeing any adult males among the hummingbirds at his feeders. At the end of summer and the beginning of fall, ruby-throated hummingbirds start migrating south toward their wintering grounds. Adult males are the first to leave. Adult females are next, followed shortly by juveniles. Some males leave as early as July, but most hummingbirds depart towards the end of August and the beginning of September. Young birds need the time to mature and gain fat reserves before flying off on their first migration. Thanks to all the immature birds, the number of ruby-throated hummingbirds migrating south in the fall may be as much as twice the number that returns in the spring.

“Someone told me that goldenrod doesn’t cause my hay fever. I’ve blamed it all my life. Is he right?” When people start to sneeze and wheeze in the late summer and early fall, their red, watery eyes spy the goldenrod, a showy and common plant. Its beauty brings tears to their eyes and they immediately place the blame for their problems on the goldenrod. Our allergic reactions are often the result of breathing air that contains pollen grains. The pollen we breathe in comes from plants that rely on the wind to transport their pollen from flower to flower. These wind-pollinated plants make a tremendous amount of pollen to increase the chances that some of their pollen grains will find a proper home. In contrast, plants that are insect-pollinated tend to create heavier pollen grains that aren’t picked up by the wind. These plants rely on bees and other insects to carry their pollen and have showy, colorful flowers to attract these pollinators. Goldenrod is an insect-pollinated species. We don’t need Sherlock Holmes to tell us that goldenrod isn’t the culprit for your miseries. The Moriarty in this case is ragweed. Ragweed has inconspicuous flowers, but produces massive quantities of pollen, which are released into the wind for transport. If you get in its way, you might suffer the symptoms of hay fever.

“How do birds maintain their hold on branches when they are sleeping?” Birds have a unique arrangement of tendons that automatically tighten when the bird is asleep. When a bird rests, the large flexor tendons in the toes are stretched in a way that causes the toes to be automatically pulled inward, increasing the strength of the grip. This allows the bird to sleep without the fear of falling out of a tree.

Susan Flowers of Georgia asked (before the eclipse), “Do you think birds, in general, will alter behaviors with the solar eclipse?  I have read a few articles, but most are ‘what they think might happen.’” I don’t think it will have much if any impact. The eclipse would not be of a duration long enough for any stalling in migration.

What a hoot the Henderson Hummingbird Hurrah was. My thanks to all those whose hard work keeps this howling happening humming along.

Kernel Days in Wells was a wondrous jollification. I have been attending this celebration of small town and rural Minnesota life all of my life. Somewhere in the family annals, there is a photo of a miniature me, blonde and blue-eyed (the blue eyes don’t show well in the black-and-white photo), enjoying a heavily buttered corn-on-the-cob. The butter was running onto my bib overalls, but I didn’t seem to mind. My thanks to all those whose good work keeps Kernel Days rolling along.

“Everyone has talent, but ability takes hard work.” — Michael Jordan

“How many legs does a dog have if you call his tail a leg? Four. Saying that a tail is a leg doesn’t make it a leg.” — Abraham Lincoln