David Paul Reckard was born Dec. 30, 1939, in Madelia to Charles and Mariam (Strickler) Reckard. David lived and worked on a farm in Aitkin, where he met and married Lois Jean Winterowd on July 3, 1959, in Garrison. They had four children: Vickie, Gloria, Harvey and Eugene. Lois died in July 1983. On Aug. 8, 1986, he married Barbara Johnson.

He worked for Nash Finch Company for over 35 years.  He lived in Mankato; Winona; Dubuque, Iowa: Albert Lea; Muscatine, Iowa; Mountain Home, Arkansas; Faribault; and Rogers. Dave died at the age of 77 at The Wellstead of Rogers in Rogers. 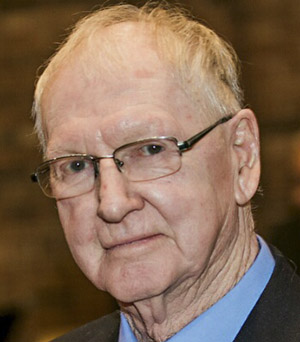 He is preceded in death by an infant sister; his parents; his wife, Lois; and nephew, Paul Poppenhagen.

A celebration of Dave’s life will be at 2 p.m. Saturday at United Methodist Church, 702 Highway 69 S in  Albert Lea. Visitation will be one hour prior to the service. The Rev. John Mitchem will officiate. Burial will be immediately following the service at Hillcrest Cemetery in Albert Lea.