Al Batt: If milkweed plant is too invasive, what can be planted instead? 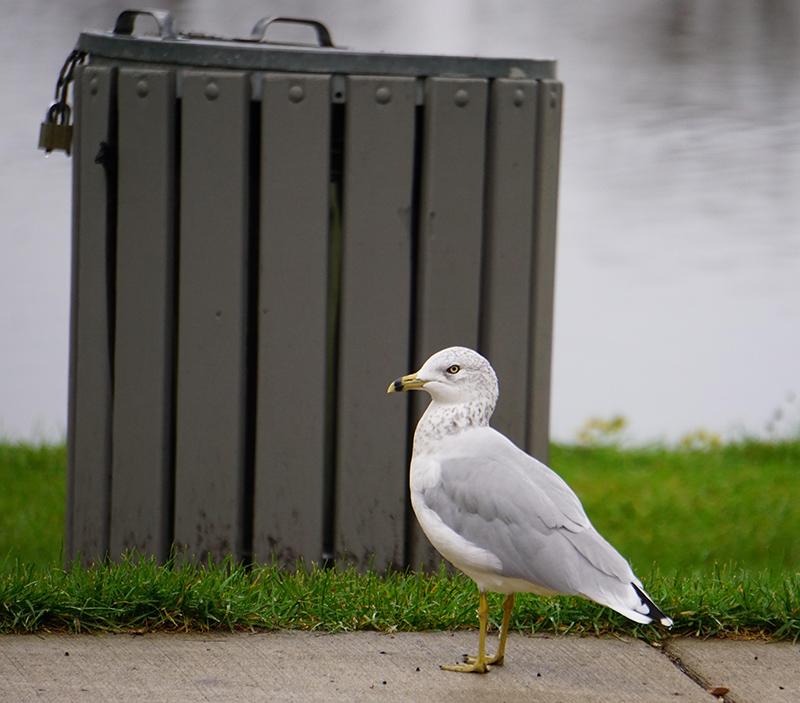 “Everything is nearly copacetic. I’m reading a book on the history of handshakes. I’m finding it gripping. I should have been on that TV quiz show instead of my cousin. The host asked him for his name and my cousin requested another category.”

“You do have an interesting family. How are your parents doing?” I say.

They have been married since dirt was new. That marriage has evolved into little more than yelling ‘What?’ at one another from the next room.”

The term “biophilia” was popularized by psychoanalyst Erich Fromm in the 1960s. He used the word to describe the biological drive toward self-preservation. In the 1970s, American biologist E. O. Wilson extended the word’s meaning, seeing it as the perfect word for “the rich, natural pleasure that comes from being surrounded by living organisms.”

I’m thrilled by all the monarch butterflies I’m seeing on the blazing stars. Wild cucumber blooms. This annual vine with white flowers climbs upon fences, shrubs and trees. Goldenrod and jewelweed delight. Prickly ash has berries that smell like citrus. Swallows gather on utility wires in preparation for migration. I’m seeing flying grasshoppers. These are Carolina grasshoppers. Ruby-throated hummingbirds visit feeders and flowers. The last one is seen in my yard around September 25 each year. A young male cardinal, becoming redder by the day, and a bald-headed blue jay are frequent visitors to our feeding stations.

I saw a chunky, black cricket scurry into our garage. It was a field cricket. Not much later, I listened to the songs of snowy tree crickets. These green insects are our temperature crickets. Count the number of songs given in 13 seconds and add 40 to yield the temperature. They sound like sleigh bells. Nathaniel Hawthorne described the song as an “audible stillness,” adding this about the song of the snowy tree cricket, “If moonlight could be heard, it would sound just like that.”

“I want to grow milkweed, but it is so invasive. What could I plant instead?”  If you have common milkweeds growing and you don’t want additional milkweed seedlings next spring, cut off the seedpods before they open or bind them shut with twist ties or rubber bands. That will diminish the numbers, but do remember that this perennial spreads not only by seeds, but by rhizomes, too. Swamp milkweed is a lovely replacement. Butterfly weed is beautiful, but doesn’t seem to be a preferred plant for monarchs.

“Why do people call cicadas locusts?” Locusts are a type of grasshopper, while cicadas are more closely related to crickets. Early American colonists had never seen cicadas, but were familiar with the biblical story of locust plagues in Egypt and Palestine.  When cicadas appeared in large numbers, some early colonists thought a locust plague had descended upon them.

Karen Wright of Mankato asked what kind of spider Charlotte of E.B. White’s “Charlotte’s Web” is. The barn spider was the model for Charlotte in that wonderful book.

Marlyss Webber of Albert Lea asked if crows would drive grackles away. Not usually. Crows will eat eggs, nestlings and even adult birds. Crows are just one of many animals that eat eggs and birds. Studies have found that corvid removal from an area made little or no impact on the numbers of other bird species.

“When do goldfinches nest?” American goldfinches generally begin nesting in late June or early July. Females incubate the eggs for an average of 15 days while the males bring food to the nest. The food is regurgitated. After the chicks hatch, the males take on most of the responsibility for looking after the chicks. Chicks can fly in an average of 14 days, but are dependent on their parents for up to another four weeks. The wild canaries bring beauty in plumage and song.

“Why is a hummingbird buzzing around my head?” You might have a stalker. Are you wearing a red hat? The bird might be checking you out to see if you are a flower or a feeder.

“Why are they called “seagulls” if they are here in Minnesota?” It’s a bit of a misnomer. The ring-billed gull is common here, but it spends only the winters on coastal beaches in the south. When spring comes, they congregate inland around humans. They frequent lakes, landfills, parking lots and plowed ag fields. Ring-billed gulls eat fish, insects, earthworms, rodents, grain, as well as french fries and other foods discarded by people.

“A few cobras in your home will soon clear it of rats and mice. Of course, you will still have the cobras.” — Will Cuppy

“Size isn’t everything. The whale is endangered, while the ant continues to do just fine.” — Bill Vaughan