Industrial wind installations are being proposed across Iowa. In the counties where residents are keeping track, it has become clear that these projects are being driven by absentee landowners 85 percent of the time.

Many other states see this trend as well. 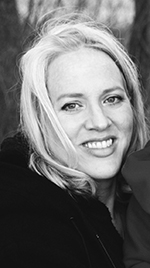 Industrial wind turbines are a horrible nuisance. One wind company offers a contract with a small, one-time payment to people who live within a half-mile of the project area, giving the company “exclusive easement on, over, under and across all of the owner’s property to permit generating units or other wind energy conversion systems on adjacent property or elsewhere to cast shadows or flicker onto the owner’s property; impact view or visual effects from the owner’s property; and cause or emit noise, vibration, air turbulence, wake, and electromagnetic and frequency interference.” (Invenergy neighbor agreement, 2015)

This contract is offered with no power for negotiation. If a company feels the need to have a landowner sign this agreement, then its turbines are too close.

Iowa has some of the smallest setbacks for industrial wind in the entire world. The wind companies refuse to build installations in areas where the local governments stand up for their residents by installing proper setbacks of at least a half-mile.

Michigan State University’s Kurt Schindler released a detailed report this year, “a sample zoning ordinance for utility scale wind turbines,” suggesting 2,500-foot (half-mile) setbacks from industrial wind turbines to residences because of how far the negative impacts extend. Wind companies expect to at least double the nighttime dBA (loudness) of rural areas. That online report was taken down by political pressure but not before we were able to download it.

A growing number of mostly rural citizens are coming together to stop this industrial onslaught on our rural communities. We are connected state by state, country by country, across the internet. We make documentaries, write books, write articles, speak with lawmakers, give presentations, maintain websites and have our own supporting experts.

People around the world have reported sleep disturbances, dizziness, vertigo and headaches from the pressure changes in the mile-long wake of the turbines. It is difficult to prove but well documented. People have even abandoned their homes.

Industrial wind turbines are generally supported by the people who do not have to live with them. They have been told that we love the land payments. There may be some but most rural residents will not sign their easement contracts over their entire farms or take their money.

Unlike Iowa, Michigan residents have the power to vote. Every vote they have taken since 2009 has ousted industrial wind. Other counties have simply put restrictive zoning in place. All across the U.S., including counties in Nebraska and South Dakota and in states such as Vermont and California, communities are severely restricting industrial wind. They are not standing against renewable energy but rather standing with their rural residents. Stopping problems starts before intrusive projects are built.

Janna Swanson of Ayrshire, Iowa, is a board member for the Coalition for Rural Property Rights and the Preservation of Rural Iowa Alliance.