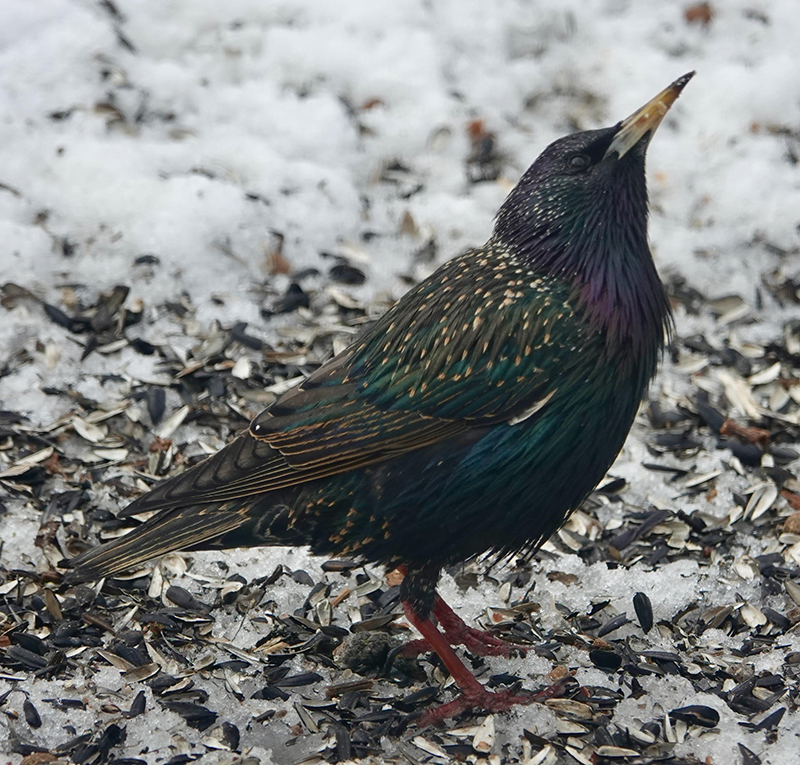 “Everything is nearly copacetic. I’m having one of those days where it was hard to get going. I started off slowly and then tapered off. I did manage to exceed the feed limit at breakfast. Ma fed me as if she were fattening me for market. Pop tries to see some good in everyone, but his eyesight isn’t what it used to be. Pop had the cataracts removed from both his eyes. He’ll have double vision until they heal, but it will be 20-20, 20-20. He told me I should have invested more in taxes years ago. If I’d done that, I’d be rich today like my brother Croesus who lives in the Twin Cities. I figure anybody can be a success in a big city. It’s harder to make good in a small town where everyone is watching.”

Red-tailed hawks adorned trees, fence posts and traffic signs. This beautiful raptor weighs around 3 pounds. Skittish small birds feeding along roadsides flew at the approach of my car. I soaked it all in as if I were a thirsty squeegee.

I kept my eyes on the road, but recalled past encounters with nature.

I paddled the Missouri River in Montana. I yelled. My voice ricocheted back at me. It was an echo-friendly place.

I stayed in a cabin alongside a northern Minnesota lake where a pine kept me awake one night. It wasn’t the wind whistling through its boughs; it was its chewing. The pine was a porcupine. It was in a nearby tree chewing on twigs and bark. I’ve talked to a couple of people who said that porcupines had gnawed on their canoe paddles.

I had the pleasure of petting a porcupine at a wildlife rehabilitation center in Alberta. I petted it very carefully while telling it that I wasn’t a canoe paddle.

On a day of nature travel in both the present and the past, I was thankful that February days warm the interiors of cars parked in the sun and that starling bills are turning yellow as a sign of an approaching spring.

Tax-deductible donations to the Nongame Wildlife Program are matched by state conservation license plate funds. The Nongame Wildlife Program receives no money from the state’s general fund for its efforts to support a wide range of animals that aren’t hunted — from eagles to loons to turtles to butterflies. It receives no funding from hunting and fishing license fees, lottery proceeds or sales taxes. It relies almost entirely on voluntary donations to support its work. That work includes research to understand how creatures fit within functioning ecosystems, managing habitat, providing nature education and assisting with recovery efforts for rare species. Over the program’s 41-year history, it has played an important role in the recovery of bald eagles, trumpeter swans, eastern bluebirds, peregrine falcons and other species.

“Do birds fly upside down?” Sort of. Your question reminds me of the song “Little Birdie” from “A Charlie Brown Thanksgiving” where this was sung about Woodstock, “Little birdie, why do you fly upside-down? It’s amazing at the way you get around.” Geese whiffle by twisting their bodies to turn upside down while keeping their heads upright and still, in order to brake before landing. I’ve seen ravens and hummingbirds fly upside down briefly. They do that when there is nothing worth pooping on. Bald eagles can do a flip or barrel roll. I’m sure there are other birds that do this, too, but none make it their primary way to fly.

Arlene Kjar of Northfield asked if opossums hibernate. Opossums don’t hibernate. Surviving our winter is a great challenge to them. Opossums often alter their foraging habits during winter, coming out during the day when it’s warmer rather than at night. It’s not uncommon for opossums to suffer frostbite, particularly to their tails. I have read that if the temperature rises to 28 degrees, an opossum can remain active all night. Opossums first arrived in Minnesota, in the southeastern part of the state, around 1900. They weren’t equipped for our winters. They still aren’t.

“How long does a vole live?” The meadow vole, the most widespread and common vole in Minnesota, often called a field mouse or a meadow mouse, lives up to two years, but most survive less than a year. The University of Minnesota says that a female vole is capable of having five to ten litters each year with three to five young in each litter. Voles have a population boom every three to five years.

“To be without trees would, in the most literal way, to be without our roots.” — Richard Mabey