Malcolm W. Prinzing passed away peacefully Friday Feb. 9, 2018, at his home surrounded by family at the age of 90. To say he lived a long and full life would be an understatement. 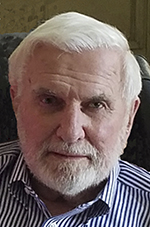 He graduated from Faribault High School and then at age 17, he enlisted underage in the U.S. Navy, because serving his country meant so much to him. He served during World War II, primarily in Guam. It was during his years in the service that he learned to fly, which became a lifelong passion.

Following his honorable discharge from the service, he returned to Minnesota, met and married Cora “Red” Fuller in February 1947. There were three children born to this union who survive: Sharon, Malcolm “Max” and Cindy. Following their marriage, they moved to Minneapolis, where he drove street car in the metro area. Shortly thereafter, Malcolm joined the family business, relocating to Faribault, helping to operate Prinzing Produce markets throughout southern Minnesota and the upper Midwest.

Malcolm ventured out and drove semi cross country for a while — most notably for Little Audrey and Consolidated Freightways. Then, in the early 1970s he returned to operate Prinzing Produce Market in Austin.

He met the love of his life, Colleen D. (Maloney) Rehmke, otherwise known as his sweet baboo, and they were married July 13, 1974. He adored and loved Colleen’s daughters Lisa and Tanya, adopting them early in their marriage.

Entrepreneur that he was, many more business ventures ensued, with Colleen by his side. Beginning in 1975, the first Pure Pleasure store opened in Mankato, followed by subsequent stores opening in Eau Claire, Wisconsin, two in St. Cloud, and also Duluth, Rochester and Mason City, along with two gentlemen’s clubs in Rice and Scanlon.

He had flown for Bemidji Airlines and UPS, served as safety supervisor for Safeway Truck Lines and managed the Albert Lea Airport for the city of Albert Lea. While flying the Williams Pipeline, he instructed many young pilots in the art of flying a tail dragger, one of whom is currently a captain for Alaskan Airlines.

He was well known for his banner towing all over the Midwest — good, bad and otherwise! He also opened Southtown Liquors in Albert Lea, the Bottle Shop in Faribault and operated a car dealership.

Malcolm never retired from working. Creating jobs and setting up businesses gave him his greatest pleasure. Although it was hard for him to leave his businesses, spending time with Colleen and his family in Florida, gave him rest, enjoyment and the warm weather he loved. While most are familiar with his feisty demeanor, those who knew Mal best knew him for the kind, generous soul he was. Few knew of donations and contributions made anonymously by him. He helped a lot of people by providing jobs for them to get back on their feet. He always rallied for the underdog.

Malcolm was preceded in death by his parents; sister, Regina; brother, Eldon; a sister in infancy; and son-in-law, Wayne Thompson.

The family would like to recognize the love and compassion given to Mal by his caregivers the last few weeks of his life: Victoria McGill, JoHanna Moen, James Moen, Amber Moffitt, Missy, Bella, Megan and Jasmine and the hospice team of ReNae Meaney, with Carolyn and Jackie for all their love and support.

In honor of his wishes, there will be no funeral.

In lieu of flowers, donations are preferred to Allied Home Health or Hospice of Albert Lea.