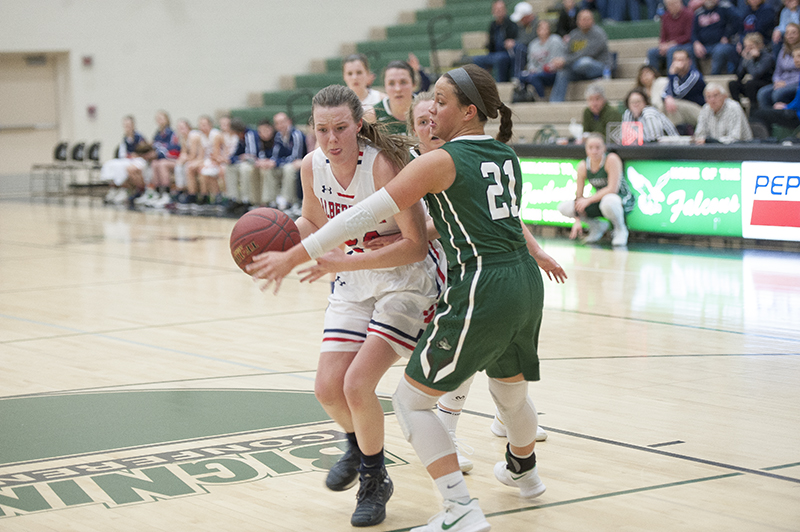 ​Albert Lea senior Lydia Boorsma fights through a Faribault defender Wednesday night. The Tigers would lose the section game, bringing their season to an end with a record of 4-23. - Tyler Julson/Albert Lea Tribune

The Tigers were unable to match the offensive firepower of the Falcons early in the game, digging them into a hole they were never able to get out of, falling 62-46.

The Falcons started on fire from beyond the three-point arc, jumping out to a 17-2 lead in the first five minutes of play. Fifteen of those 17 points came from three-pointers.

The Tigers would fight to come back, cutting the lead to 10 on numerous occasions. However, they wouldn’t be able to find the baskets to keep them in the game.

Albert Lea went into the halftime break down 41-20. Sophomore Samantha Skarstad led the Tigers at the half with six points; freshman Madison Fleek was close behind with four. 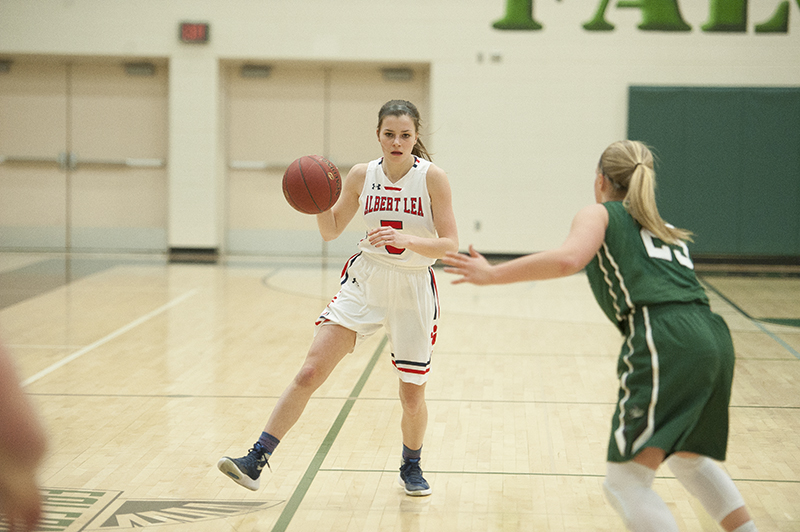 ​Albert Lea senior Rachel Rehnelt brings the ball upcourt Wednesday night in Faribault. The Tigers would go on to lose the game to the Falcons, 62-46. – Tyler Julson/Albert Lea Tribune

The offensive woes would continue for the Tigers in the second half, however, the defensive production picked up significantly. The Tigers outscored the Falcons in the second half 26-21, but it wasn’t enough to overcome the large first-half deficit.

Head coach Karol Hansen talked about the team’s performance after the game.

“It was hard on us for Faribault to come out and shoot the way they did early,” she said. “I think that dictated how we wanted to play the game from the start, but I’m proud of the way these girls battled and never gave up.

“We are twice the team we were in the beginning of the season. It may not show it on the scoreboard, but these girls have grown so much. It would be easy for them to want to give up with our record, but I never once saw that attitude from them and I’m very proud of them for that.”

Senior Rachel Rehnelt led the Tigers in scoring with 11 points; she was followed by Skarstad with 10. Skarstad also pulled down eight boards and dished two assists. Freshman Madison Fleek and eighth-grader Taya Jeffrey combined for 12 points.

The Tigers have some young talent who should be good candiates for improvement as the team moves forward. However, they will lose five seniors who all played big roles on the team before the start of next year. Rachel Rehnelt, Alexandra Eckstrom, Allison Christenson, Kalli Citurs and Lydia Boorsma will all move on from the program.

Hansen had high praise for the group of senior girls.

“That group of girls have made a great impact on our program,” she said. “People will always ask who your favorite team was. For me, it’s the teams that struggle together, make memories together and grow together, and this team has done all of that this season.” 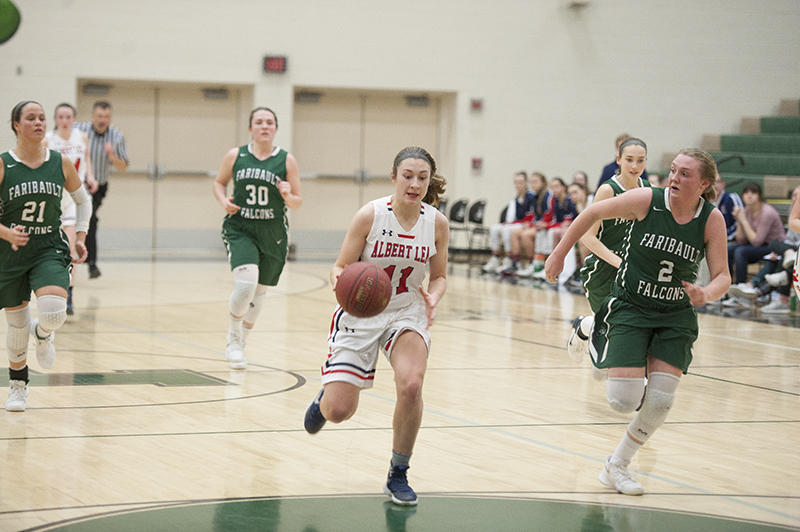 ​Albert Lea sophomore Turena Schultz gathers for a breakaway jumpshot late in the first half during the Section 1AAA opening round game. Schultz would finish the first half with three points. – Tyler Julson/Albert Lea Tribune