Terry S. Fedie, 59, died unexpectedly on Wednesday, Feb. 28, 2018, at his home near Albert Lea. A memorial service will be announced later this spring. Bonnerup Funeral Service in Albert Lea is assisting the family. 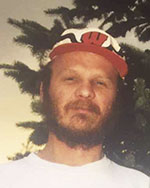 Terry was born on July 13, 1958, to parents Herman and Gertrude (Prissel) Fedie in Mondovi, Wisconsin. He graduated from Mondovi High School, where he was an awesome athlete. He went on to attend District One Technical Institute in Eau Claire, Wisconsin, to study electronics. After college he briefly lived in Milwaukee before settling into the Albert Lea area in Minnesota. Terry was a hard-working, dedicated employee at Hormel for 31 years and was eagerly awaiting his retirement.

Terry remained an avid sports fan his whole life, with a lifelong loyalty to his Wisconsin teams — the Packers, Badgers and Brewers. He was a kind, selfless, dependable and honest man who will be dearly missed by his family and friends.

He was preceded in death by his parents Herman and Gertrude Fedie; sister, Phyllis Keim; brother, Mike Fedie; and brother-in-law, Peter Gaasch.