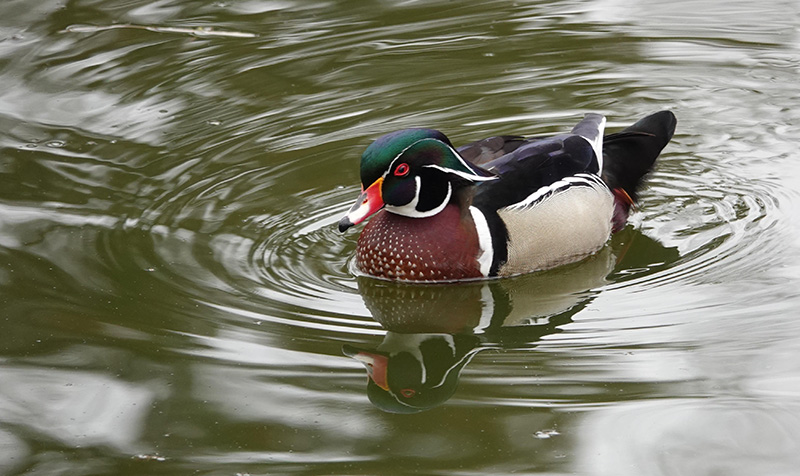 “Everything is nearly copacetic. I hope we finally have winter by the tail on a downhill pull. I slept in this morning. Why get up early to see a sunrise when you can see a sunset and imagine it in reverse instead? Life doesn’t pass you by. It runs you over. I laugh at people who can’t laugh at themselves. I stopped to see Doc Splint Westwood with a complaint. I told him that it hurts when I pay. I told him I exercise regularly. I enjoy long walks as long as there is a refrigerator at the end. Because of that, my sister Cruella is trying to get me to eat rice cakes. They taste like I imagine packing peanuts would taste. She told me that I could put something on them to make them taste better. I covered them with gravy.”

Denny Galagan of Albert Lea said any robin that arrived here before the Fourth of July should bring its own backhoe to dig for worms. The juncos were so numerous in his yard that their chicken-like scratching to find food plowed the snow.

I watched two red-tailed hawks spar over a prey item. Meadowlarks have arrived to give wings to my memories. With all the late-arriving snow, we should have snowmelt ponds, pools and puddles to produce enough mosquitoes to give us plenty of much-needed exercise as we slap them. Their eggs could hatch in the stagnant water of footprints, tire tracks, depressions in rocks, buckets and other man made containers, wheelbarrows, clogged rain gutters, tarp coverings and boats.

I was near a small wetland in Missouri. I watched a great blue heron that had caught a fish too big for it to swallow. The heron tried and tried to swallow the fish, adjusting the way it was positioned in the bill, but to no avail. The bird became a catch-and-release heron. The fish would have had quite a story to tell if it hadn’t become a floater. A crow flew over the wetland. It was mobbed by angry red-winged blackbirds. They flew over the crow and pecked it from above. Not long after that, a red-tailed hawk flew over the wetland. The redtail got the same reception from the blackbirds. Later, when I stopped at that wetland, a turkey vulture flew over. It received the same treatment. The turkey vulture was no menace to the blackbirds, but the redwings were on high alert and not about to take any chances. If it looked like a threat, it was treated as one.

Millie Westland of Hayward saw returning purple martins on April 13 and Larry Born of Waseca reported spotting martins on April 14. Larry asked if purple martins retreat when hit with adverse weather conditions this time of the year. I have read of the birds backtracking south for a short time, but most observations indicate this doesn’t happen. They couldn’t be sure the weather behind them would be any better. They practice communal roosting in inclement weather. Martins feed only on insects and begin to starve after three days without food, so some martin house landlords do supplemental feeding of mealworms and crickets. A martin lays two to seven eggs, incubates them for 15 days and the young fledge in 26 to 31 days.

“Why don’t robins eat dead earthworms on the sidewalk?” The reason robins don’t eat as many as you’d think they would is likely due to the lack of movement. Dead earthworms don’t move enough to interest a robin.

“Must a mosquito have a blood meal in order to lay eggs?” Usually, but some species don’t feed on blood at all. A mosquito egg can lay dormant for more than five years. Some mosquitoes bite amphibians, reptiles and fish. We have roughly 51 species in Minnesota and they are food for many kinds of animals.

“Do carpenter ants eat wood?” They don’t. Termites eat wood. Carpenter ants feed on sugar and protein. They live in rotting wood and remove wood for tunnels and nests.

“How can I listen to your old radio shows?” The KMSU ones are archived on SoundCloud.com and the KTOE Talk of the Town shows can be found on Mixcloud, KTOE.com or Pete Steiner’s blog.