Al Batt: Starlings recognized for looks, aerial displays and as pet to Mozart 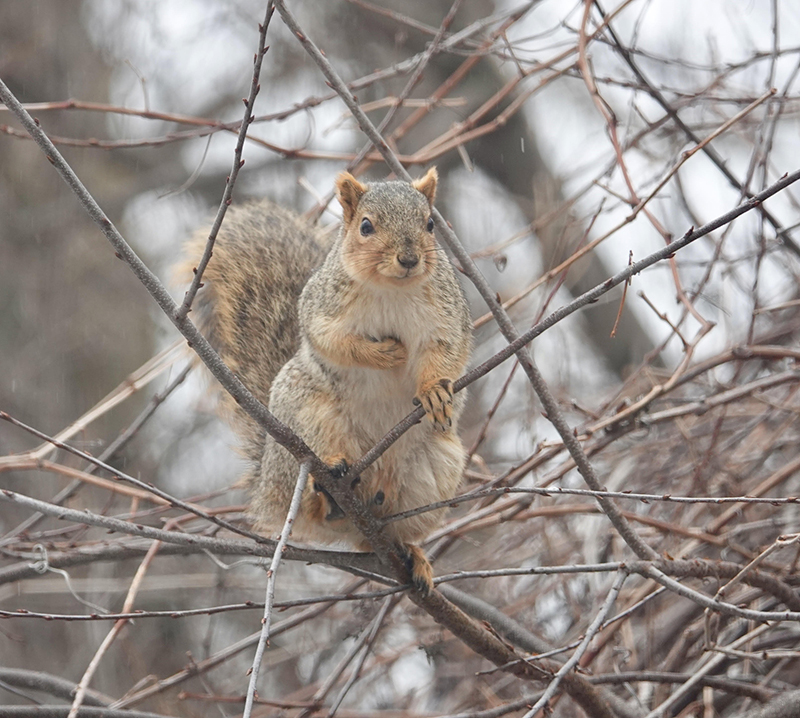 “Everything is nearly copacetic. You’ve been after me to read books other than westerns. I don’t know why I’d want to do that, but I tried reading “A River Runs Through It.” The pages were too wet to read. I drove into Mangy Corners to the Brewed Awakening to get a cup of jitter juice. I parked in front of a ‘No parking’ sign. I figured it’d be OK as I’d be just a minute. As long as I was there, I bought a couple of scratch-off tickets. I scratched off the tickets and won, so I bought a couple more. I ended up $15 ahead. I was pretty chuckled until I came outside and discovered a $20 parking ticket under my windshield wiper. Then I went to a wake at the funeral home. I paid my respects and when it was time to go home, my truck wouldn’t start. I went back into the funeral home and told Paul Bearer, the mortician, that my pickup was dead and I needed assistance. Paul smiled and said, ‘Sorry, Crandall, but we don’t bury trucks here.’”

Someone told me that the seasons were too long. He was talking about the NFL, NHL, NBA and MLB, but he could have been talking about winter.

Tom Lehrer said, “Bad weather always looks worse through a window.“ I like his songs, but he was wrong there.

Shakespeare wrote, “April hath put a spirit of youth in everything.”

He was wrong this year. March came in like a lion and decided to stay through April.

I heard a hawk, but it was a blue jay. Blue jays commonly mimic the calls of red-tailed and red-shouldered hawks.

I watched downy and hairy woodpeckers. The downy usually nests before the larger hairy does.

I spotted a meadowlark — not sure if it was eastern or western. Some pioneers likened a meadowlark to quail, as they had similar builds and walks, plus that distinctive flight of quick fluttering wings followed by a short sail through the air. This earned them the nickname, “marsh quail.”

Song sparrows and cardinals were the latest visitors to the feeders. Their appetites work long hours.

Take a look out the window and you’ll be amazed at what you might see. A fox squirrel watched everything. Every day is a parade to a squirrel and nuts like me.

“Do house wrens eat seeds?” A wide variety of insects and spiders makes up most of their diet, but they do eat snail shells, probably for the calcium. They will occasionally feed on peanut parts and sunflower chips.

“How are chicks able to peep from inside an egg? Don’t they need oxygen?” The chicks are able to absorb oxygen through the wall of the shell. An egg’s surface allows gas in and out while still protecting the fragile contents. Air passes through tiny pores in the shell wall. An eggshell is made of calcium carbonate and known as a semipermeable membrane.

“How big is an ostrich egg?” It’s roughly equivalent to two dozen chicken eggs and can weigh as much as five pounds.

“Why do geese fly in a V-formation?” To let everyone know they are closed. The V stands for “vacationing.”

Jim Lageson of Ellendale asked if I had anything good to say about starlings. I do, but I’ll likely never get a job as their PR man in Hartland. Here you go. I think they are beautiful birds and their aerial displays done in flocks are impressive. They do eat insect pests, but they will eat nearly anything. They are wonderful mimics and some people consider them wonderful pets. Mozart had a pet starling. There are places where they are seen fit for human consumption.

“Is burdock a native plant?” Common burdock is native to Eurasia and was introduced to North America by early settlers.

“In order to see birds it is necessary to become a part of the silence.” — Robert Lynd

“Conscience is a dog that does not stop us from passing but that we cannot prevent from barking.“ — Nicolas de Chamfort