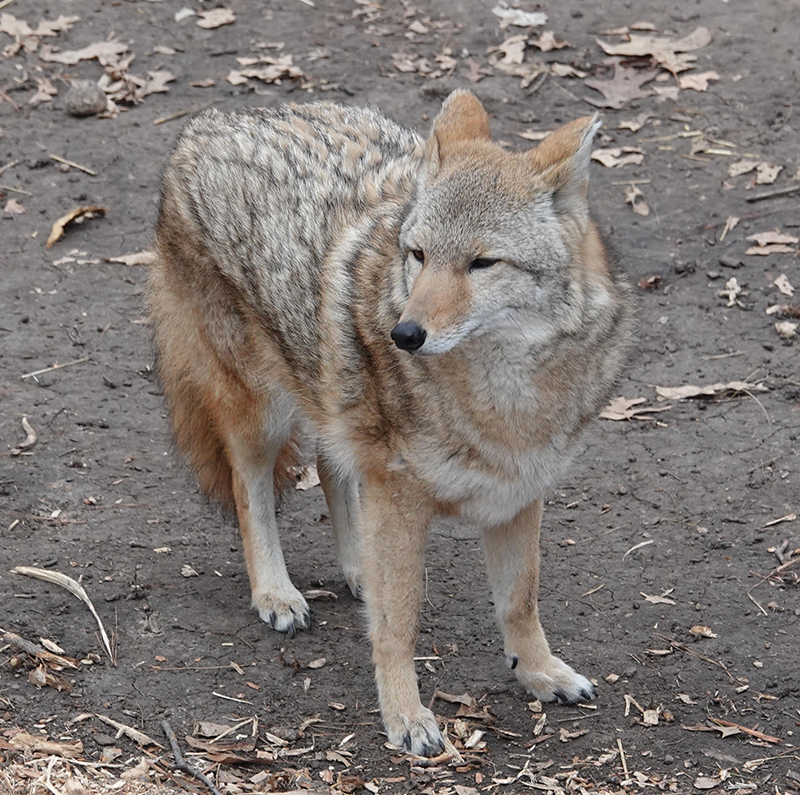 “Everything is nearly copacetic. My favorite fruit is still the Franken Berry. The weather has had a wet sense of humor lately. When I think about the 10 most unusual weather events in my life, I realize they all happened last week. Speaking of weather, I remember your science project in school. You filled a jar with January air and labeled it ‘Open in July.’ There was a ketchup truck in my rearview mirror yesterday. I knew that’s what it was because Heinz sight is 20/20. I’m taking Pop to see the doctor. He has a dry mouth that makes it impossible for him to read. He can’t wet a finger enough to turn a page. I wish you hadn’t talked me into getting a complete physical with all possible prodding and probing included.”

“I hope the doctor didn’t find a problem,” I say.

“He didn’t, and that’s the problem. For as much money as those tests cost, he should have found something wrong with me.”

On Easter, I watched a mink hunt the edges of a pond. An Easter mink searching for the Easter bunny.

Spring has come to the roadsides in the form of a ground squirrel. The 13-lined ground squirrel is the small gopher-like animal often seen along roads. Coyotes, foxes, hawks, owls and weasels prey upon this little critter. They are also called squinnies, grinnies, liners, 13 liners, streakers and streaked gophers. The 13-lined ground squirrel is frequently confused with a chipmunk. It has 13 light stripes, alternating solid and dashed, on its back. It runs with its tail low to the ground. The chipmunk has two light stripes and tends to hop while holding its tail up and front paws together, something like a rabbit or tree squirrel.

I’d been all over the birding map. Birding four states in one day allowed me to see the niceness and the nastiness of spring. Spring can be full of winter. Spring is when we get the winter that no one else wants and the snow shovel has been worn to a sliver.

Birds begin to serenade sunrises and sunsets. With temps just north of 20 degrees, song sparrows were singing up a storm. Not literally, I hoped. It was a sunny day. Sunny days in winter and spring cause us to shine and sing.

Karen Wright of Mankato asked what determines the size of a deer’s antlers. The main factors affecting antler size of a white-tailed buck are age, nutrition and genetics. Deer grow and shed antlers annually and typically begin to grow a new set in late spring. Growth starts at the pedicle, the antler growing base attached to the skull. Hormones controlled by photoperiod regulate antler growth. The growth cycle coincides with the breeding season, so that bucks have antlers for fighting with others to establish dominance.

“Why did Audubon shoot birds?” Because he didn’t have binoculars or a camera. Not many of the birds that John James Audubon painted were willing to pose for him. He shot them so he could study and draw birds. Audubon mounted freshly killed specimens on wires connected to a board, an arrangement that allowed him to position the birds in lifelike attitudes. He drew them, and then filled in the drawings with watercolors. He often performed anatomical dissections after drawing his subjects and when working far from home, he cooked and ate his specimens.

“How high can a bird fly?” The two highest-flying bird species on record are the Ruppell’s griffon vulture seen flying at 37,000 feet and the bar-headed goose spotted flying over the Himalayas at nearly 28,000 feet.

“Does a crow eat eggs?“ It does, but I eat more eggs than a crow does.

“We hope that, when the insects take over the world, they will remember with gratitude how we took them along on all our picnics.” — Bill Vaughan

“Gratitude makes sense of our past, brings peace for today, and creates a vision for tomorrow.” — Melody Beattie