A memorial service for Carol A. Thorson will be at 2 p.m. Saturday at the Bonnerup Funeral chapel in Albert Lea. The Rev. Dale Christiansen will officiate. Visitation will take place one hour prior to the service. 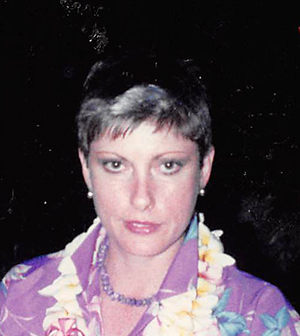 Carol Ann Thorson was born on Dec. 20, 1947, in Redfield, South Dakota, to Gordon and Dorothy (Johnson) Olson. She was baptized and confirmed in the Lutheran church. Carol grew up in a military family and lived in such places as Japan; Germany; Fort Campbell, Kentucky; and Fort Bragg, North Carolina, before returning to the area to live in the Hayward and the Albert Lea area.

She graduated from Albert Lea High School, and then continued her education at Lea College.  She was married and blessed with three children: Steve, Dionne and Lori.

Carol worked many jobs throughout her life. Some favorites of hers included working at the VA Hospital in St. Paul, Montgomery Ward, Sibley Elementary School and Kwik Trip in Albert Lea. She was like a second mother to many of her children’s friends and took great pride in caring for her brother, Dennis.

Aside from work, Carol also enjoyed many other things. She was a very talented artist and had a special way of taking ordinary things and turning them into works of art. She was very adventurous and loved to travel with her children and other family members. She enjoyed listening to music and preparing food for her grandchildren. Carol loved animals and always cared greatly for her pets. Her grandchildren were the most important part of her life, and she cherished every moment that she spent with them. Carol could be described as strong-willed, passionate and caring person who loved to laugh and enjoy life.

She was preceded in death by both her parents Gordon and Dorothy; and her brother, Dennis Olson.