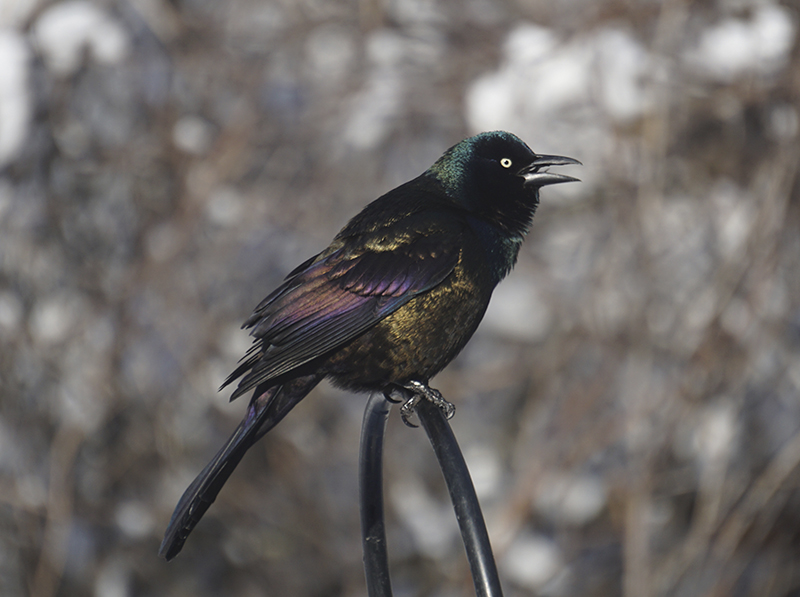 “Everything is nearly copacetic. I snore so loud, I wake myself. I’m going to have to start sleeping in separate bedrooms. I’ve got my garden all planned. I love radish sandwiches, but I’m not planting any radishes this year. No need. Radishes repeat. I can plant a garden in a flash. I used to be so fast, I was quicker than the eye. When I ran the 100-yard dash, the officials had to take my word for it. Things change. I went to the gym the other day and did nothing for an hour. It was my personal best.”

I know that the variability of weather doesn’t disprove a trend, but I’m relieved that winter’s frosty veil has lifted — or at least its frigid grip has loosened. Lawnmowers have been moved to the show floor and snow blowers moved to the back room. Deer coats lighten in color and overly cautious people shower in DEET. It becomes so windy, trees flower in plastic shopping bags.

I watched turkey vultures float on air. No flapping, no hurry. These peaceable recyclers rock in a teetering flight with limited wingbeats. I’m always looking for the silver lining in everything. Vulture wings offer silver linings to a birder.

A white-breasted nuthatch held a beakful of grass near a tree cavity. It was a male trying to interest a prospective mate in a nest site. Fox sparrows, reddish-brown beauties with gray cheeks, scratched the ground for food while not straying far from cover.

While doing yard work, I found a number of native lady beetles. They are the ladybugs of my childhood, often seen on sweatshirts, aprons or cookbooks.

I visited northwest Oklahoma in April. I went to lek superior to have a look at displaying lesser prairie-chickens whose population has fallen 90 percent since the 1800s. Its current population of 33,000 is on 8 percent of its original range. There are approximately 33,000 lesser prairie-chickens in existence. I can attest to there being seven. That’s how many I saw. Seeing the birds was no small miracle. Prairie chickens don’t like trees, which are raptor perches. Nearly 700 acres a day of nesting habitat are lost to eastern red cedar trees without fires to suppress them. An avoidance of vertical structures (one cedar tree can keep a nesting prairie chicken away) applies to wind turbines, too, as the prairie chickens consider one another tree. A turbine means no nesting.

Prairie chickens fly into barbed wire fences, not turbines. Jay Pruett of the Oklahoma Nature Conservancy said that studies have shown that 3.4 bats and 2.3 birds are killed annually per turbine in North America. Not all animals have been studied, but grasshopper sparrows and mule deer avoid turbines. Elk, meadowlarks and Canada geese are unbothered. Grazing cows enjoy the shade turbines provide on hot summer days. I looked for Cassin’s sparrows, Townsend’s solitaires, roadrunners and scissor-tailed flycatchers. I visited a 14,000-acre ranch where meadowlarks were common. Donald Culross Peattie wrote, “The meadowlark is like the happy whistle of the wind through the grass.”

The meadowlark was my background music while I was growing up. Its song is part of me.

Randy Chirpich of Fairmont sent a photo of a mallard in a tree and asked if they nest in trees. Mallards nest on the ground in agricultural fields, backyards and flowerpots, but also nest in artificial nesting structures, floating mats of vegetation and occasionally in trees.

“I saw a great blue heron rookery. How big are their nests?” They are as large as 4 feet wide and 3.5 feet deep.

“How many species of butterflies are there in Minnesota? There are roughly 146 species regularly occurring in the state and approximately 170 total. Iowa has 118 and Wisconsin around 150 species.

Jamie Tenneson of Clarks Grove saw a large number of dead American coots on a highway and wondered what happened to them. Waterfowl sometimes land on wet pavement at night, mistaking it for a body of water. I suspect vehicles hit the mudhens.

“How late can I expect to see juncos in southern Minnesota?” I’ve seen dark-eyed juncos in late May.

“What is a black swan event?” It’s an event in human history that was unprecedented and unexpected at the time. The term originated from the belief that all swans were white. Dutch explorer Willem de Vlamingh discovered black swans in Australia in 1697. This was an unexpected event that changed zoology.

“What I say is that, if a fellow really likes potatoes, he must be a pretty decent sort of fellow.” — A. A. Milne

“In every walk with nature one receives far more than he seeks.” — John Muir