Al Batt: One of these things is just like the other: Is it a bird call or a word? 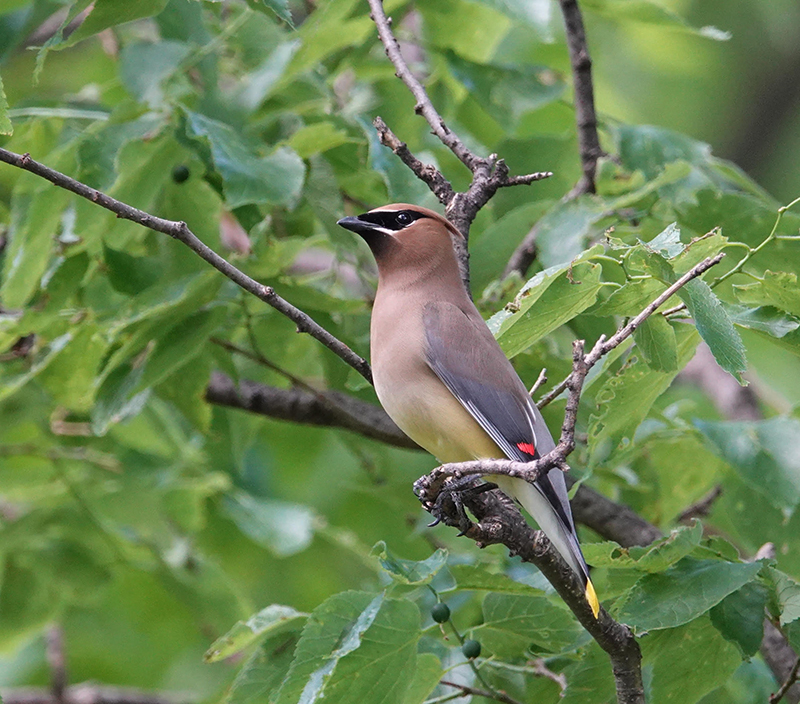 “Everything is nearly copacetic. Mowing makes me tired. I don’t have to spend much time with the Lawn Boy before I become yawn boy. We’ve been living in a rain forest without the forest. The egress window in my basement is supposed to allow for emergency exit. It also allows rainwater entrance. It’s not my first precipitation rodeo. Speaking of rodeos. I hadn’t ridden in many years, but I decided to give it another shot. I settled into the saddle and began to ride. The horse seemed gentle, but it wasn’t long before I realized I’d made a terrible mistake. The horse began to buck and I was in danger of being thrown. I yelled for help. Fortunately, a man heard me yelling, ran out of the store and unplugged the horse.”

The emerald ash borer is coming. It seemed odd that I’d think of that as I pulled endless ash seedlings from the yard. The borer is a killer of ash trees. Green, white, black, blue, pumpkin, Marshall seedless, Autumn Purple and Summit are susceptible. Mountain ash isn’t related to those trees and the insect doesn’t attack it.

Dame’s rocket is often confused for a native phlox, but phlox has five-petaled flowers and dame’s rocket has four petals.

I was out there with my peeps. The yard was whistling — peewee, oriole, chickadee and cardinal. Tyrannus tyrannus, the eastern kingbird, is royalty. Henry David Thoreau wrote, “I see at a distance a kingbird or blackbird pursuing a crow lower down a hill, like a satellite revolving around a black planet.” Known for its pugnacious attitude and fearless defense of territory, some Native Americans called the kingbird “little chief.” A Henslow’s sparrow, proclaimed territory with a hiccup. A great crested flycatcher burped and called me a creep. That’s what the bird’s call and song sounds like to me.

Gunnar Berg of Albert Lea reported cedar waxwings eating midges. At Arrowhead Park along Freeborn Lake, the ground was feathered with waxwings feeding on midges. The midges hummed in flight, making a frightening mosquito-like sound. Had they been mosquitoes, I’d have been a goner. The male midges have feathery antennae. During Game 2 of the 2007 American League Division Series, the Cleveland Indians played the New York Yankees. Midges took the mound to bug Joba Chamberlin, the Yankee pitcher. By the time the Indians took the field, the midges were gone. The Tribe had been trailing before the midges invaded. Cleveland won that game and the series.

I walked in White Woods County Park and heard the call of a wood thrush. It sang a flutelike “Frit-O-Lay.” It was thrilling to hear and reminded me

why I’d fallen in love with birds and birding.

I watched a doe nurse her fawn in the middle of an open farm field. I came upon a red squirrel’s midden, an endless accumulation of cones that the squirrel uses for food. The animal scolded me severely for having the gall to look upon its treasure pile.

“How many litters does a rabbit have each year?” They average three to four litters per year. The mortality rate is high, with 80-85 percent of the Minnesota’s cottontail population dying annually from weather, predators or disease. Few live beyond three years. Someone estimated that if no young rabbits were lost from a litter, one pair of rabbits could produce 350,000 rabbits in five years.

A New Richland caller asked, “How far will a bald eagle fly to find food for eaglets?” Nesting territories vary according to the availability of food, but a successful territory is around a mile in diameter and not over a mile from water. I checked with the DNR, BLM and various research studies.

Brian Weller of Waseca asked when the first Canada goose goslings are seen each year. I typically see some the last week of April.

Alima Fairchild of Rushford asked when turkey vultures came to Minnesota. I don’t know. Thomas Sadler Roberts wrote that he suspected they were nesting in southeastern Minnesota in 1932. The impact of DDT on eggshell stability reduced turkey vulture numbers, but the banning of this pesticide has led to a growing population. Turkey vultures scrape a spot in soil or leaf litter and/or arrange scraps of vegetation or rotting wood for a nest. A nest site may be used repeatedly.

“You can drive out Nature with a pitchfork, but she keeps on coming back.“ — Horace