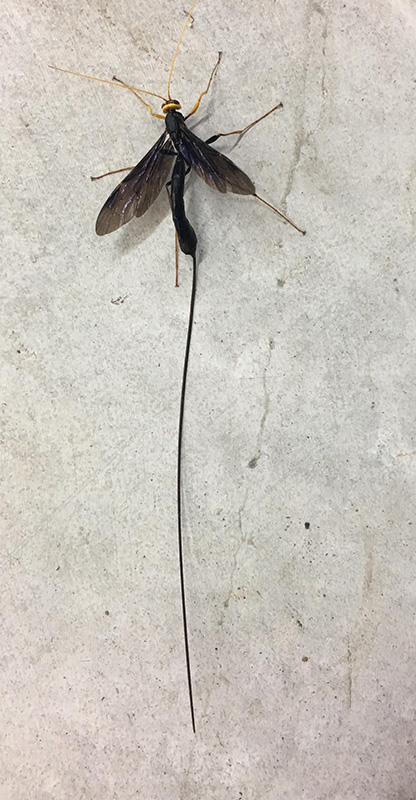 “Everything is nearly copacetic. My goal is to see a sign reading, “Road Work Behind.” I won a championship ribbon at the horse show. I didn’t even know there was a horse’s rear end competition. Ma took Pop’s shoes off so he could raise his feet high enough so she could vacuum under them. She says she wouldn’t take $1 million for Pop, but she wouldn’t pay $5 for another husband like him. Pop is like the man who drove his car into town while his wife walked the 10 miles. When asked why she had to walk, he said it was because she didn’t have a car. My cousin Chalkie stopped by. He’s doing well. He’s up to five junked cars on his front lawn. That’s a true economic indicator. We went out for breakfast. I let Chalkie pick the place. He claims to like eateries with free-range coffee and where the flies in soups are locally sourced, but the truth is that he judges a cafe by the size of its customers. After eating, we went to a garage sale and I bought toilet paper.”

“I did. The guy selling the stuff said I’d bought a pile of neckties, but he had no idea.”

The morning was as quiet as a sack of whispers. Each and every day, no matter where I am, I’m overwhelmed with joy at the opportunity to see and hear. An hour unmoored, which allows for a walk, brings natural surprises. Delights in discovery. I was taught to search for these things by a family that repeatedly said, “You never know.”

We’re all on a short runway. Take time to be amazed. The new will become familiar. Look longer and the familiar becomes new.

Martha Kofstad of New Richland spotted a moth hovering like a hummingbird around flowers. The white-lined sphinx moth, sometimes called a hummingbird moth, is 2 1/2 To 3 1/2 inches long and is active from July to September.

I talked to a fairgoer who had seen a luna moth. This green moth with a 4-inch wingspan flies in May and June. It spends its days hanging beneath leaves it resembles.

At the same fair, I saw a giant ichneumon wasp. The wasp must have been about 7 inches long. The body made up about 2 inches and the ovipositor 5 inches. The ovipositor isn’t a stinger. It’s used to lay eggs in the larvae of pigeon horntail wasps. The larva is a wood borer. Giant ichneumons don’t sting. I’m not sure they’re capable.

I watched a yellow-bellied sapsucker (there is a band called the Yellow-Bellied Sapsuckers) in northern Minnesota. It drills tiny holes in neatly spaced rows in tree bark, especially maples and hickories, and returns periodically to feed on the sap that oozes from them. It also eats bits of tree tissues, as well as insects attracted to the sap. It flycatches and eats fruits and berries. The holes they make are often mistaken for insect damage, but holes made by insects have fewer, smaller holes more randomly placed. Sapsuckers don’t suck sap, they lick up sap, like a young me attacking a stirring spoon.

Silver is the right word to describe a silver maple. Even a light wind causes the tree to display the silvery undersides of its leaves.

In late summer, trees, shrubs and fences become festooned with crowns of fragrant yellowish-white flowers. The leaves and individual flowers look like those of cucumbers. This is wild cucumber, a native, annual plant with spiny fruit. Its preferred habitat is along streams, swamps, moist thickets or roadsides. The large, alternate leaves are palmate with three to five pointed lobes. The branching vines grow to 30 feet long, climbing onto other foliage with curling, three-forked tendrils that arise from the leaf axils. The tendrils coil when they touch anything and become attached.

My yard has been well supplied with red admiral butterflies. Some believe the name originated in England as red admirable and was corrupted to red admiral. Plants of the nettle family including stinging nettle are hosts for the caterpillar.

Wayne Griffith of Albert Lea asked how many young trumpeter swans have. The big birds have clutches of four to nine eggs. The young swans are called cygnets. Males are called cobs and the females pens.

“Are ants required for the flowers of peonies to open?” No. The ants are there to harvest the sweet nectar provided by the budding flowers.

“One way to open your eyes is to ask yourself, “What if I had never seen this before? What if I knew i would never see it again?” — Rachel Carson

“The foolish man seeks happiness in the distance; the wise grows it under his feet.“ — James Oppenheim