Nature’s World: Hummingbird brain takes up largest portion of weight for a bird 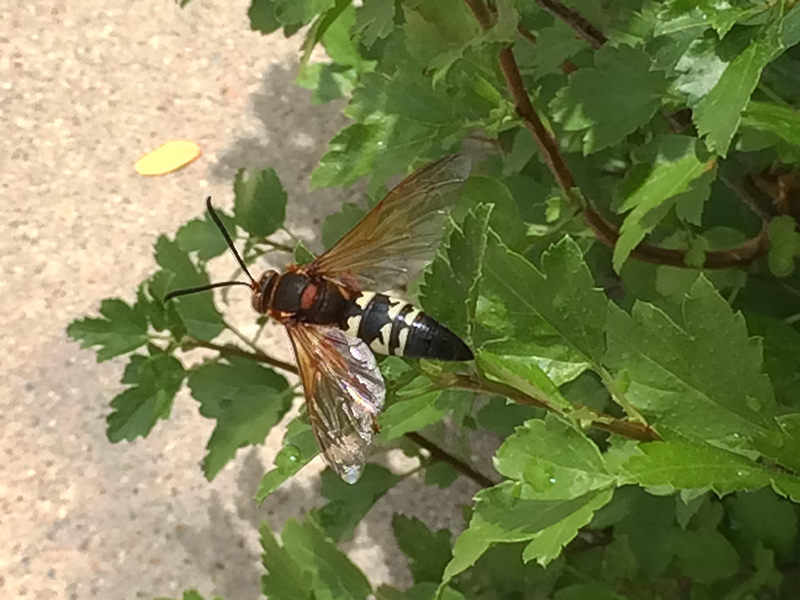 “Everything is nearly copacetic. Still Bill, he makes more dust than miles, asked if I could read lips. Still Bill is as useful as an appendix. He tried to make tomato juice by driving the lawn mower over my tomato plants. I’ve had some college. That’s where I learned most of what I don’t know, including not being able to read lips. That comes in handy, especially when driving. When Still Bill, he bottoms chairs for a hobby, learned that I couldn’t read lips, he mouthed some words that I’m sure I’d have wanted to hear. I try to do everything in moderation that I dislike doing. Still Bill, an expert at doing nothing, even does that in moderation. Yet, thanks to a lifetime of being chewed upon by mosquitoes, I’ve been awarded membership in the Minnesota Mosquito Breeders’ Association.

Speaking of chewing, Ma believes in chewing her food. She even chews water. She told me that for their first date, Pop took her to the dump to shoot rats. Pop’s dog, Bark Twain, is missing. Pop loves that mutt. Ma suggested he put an ad in the newspaper, which he did.  Now it’s a week later, and there’s still no sign of the pooch.“

I watched an eastern kingbird, Tyrannus tyrannus, attack crows. The kingbird was outnumbered five to one, but it chased the crows away. There was no subtlety to its attack. A kingbird is tenacious.

A hummingbird’s brain makes up 4.2 percent of its weight, the largest of any bird proportionately. Our brains are 2 percent of our weight.

I saw a snapping turtle looking like a lizard that had stolen a turtle shell and a large, black and yellow, cicada killer wasp. Cicada killer females can be about 2 inches long, males about half that. The males have no stingers. The females can sting, but aren’t inclined to do so. Females sting cicadas with a paralyzing toxin and carry them to burrows in sandy or loose soils. They lay one egg on a cicada in a nest chamber. A second or third cicada is often added, because female larvae are larger than males and require more food. The chamber is sealed and the egg hatches in one or two days. The larvae consume the cicadas before spinning a cocoon and overwintering underground. They emerge as adults in July or August and live two to six weeks.

“I’ve noticed small gophers running across the road. Why do they cross the road?” To show the opossum it could be done. These 13-lined ground squirrels (seven dark stripes separated by six lighter stripes) find the grass tastier on the other side of the road. They eat grass, leaves, seeds and insects. They may take meetings with another squirrel there. This animal is the mascot for the University of Minnesota Golden Gophers.

Jeanie Mortenson of Faribault wrote she had little caterpillars on her milkweed that are devouring it. She said they were small and had bodies covered in what she described as spiked, stiff hair. She wondered what they were. It sounds like tussock moth caterpillars, often found on milkweed. It’s nicknamed the tiger milkweed moth for its orange, black and white hair tufts. They can harm milkweed, but predators usually keep their numbers down. The adult moth has gray wings and a yellow abdomen with black spots.

“When do monarch butterflies migrate in the fall?” Monarchs begin clustering on trees and plants by the end of August into September.

The great-great-grandchildren of the monarchs that arrived in the spring make the long journey south to Mexico. Monarch numbers in Minnesota peak in late August and early September as resident butterflies are joined by those from farther north that have begun their fall migration. The eggs typically hatch in three to six days depending on the weather. The caterpillars spend nine to 14 days eating, growing and shedding their skins. A monarch passes eight to 14 days in a chrysalis before transforming into a butterfly. Monarchs can take up to two months to complete their migration.

Walk naturally at the end of Oregon Street in the wilds of Albert Lea. Thrills and trails are available.

“Up with life. Stamp out all small and large indignities. Leave everyone alone to make it without pressure. Down with hurting. Lower the standard of living. Do without plastics. Smash the servo-mechanisms. Stop grabbing. Snuff the breeze and hug the kids. Love all love. Hate all hate.“ — Novelist John D. MacDonald

“If all mankind were to disappear, the world would regenerate back to the rich state of equilibrium that existed 10,000 years ago. If insects were to vanish, the environment would collapse into chaos.“ — E. O. Wilson