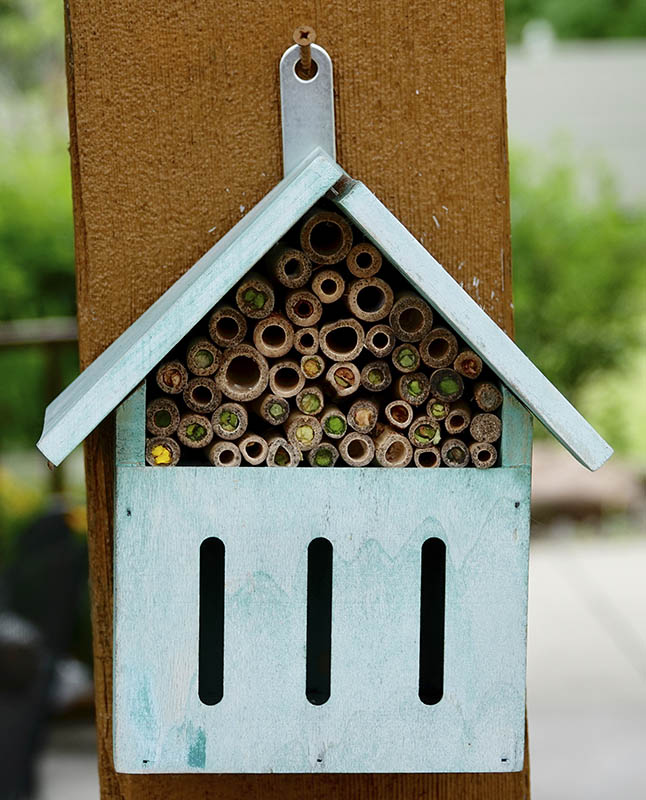 “Everything is nearly copacetic. I put new license tabs on my truck. It seems to run better. I remember when my neighbor Still Bill, he’s the Midwest distributor for inertia, and I were in the Boy Scouts. One day, we learned how to rub two sticks together to start a fire.“

“He tried, but he didn’t put much time into the effort. He’d gotten so warm from rubbing the sticks together that he didn’t need a fire. Still Bill has talked me into drinking cod liver oil every morning. He says it builds resistance.”

“To ever drinking it again after I get this bottle emptied. My neighbor, Crying Charlie, was in the troop with us. I saw Charlie when I took Pop to the clinic to get his attitude adjusted. Crying Charlie has a case of the worse.”

“Yes, if you have a bad cold, Charlie has pneumonia. Whatever anyone else has, Crying Charlie has it worse.”

Paper wasps were numerous on the goldenrod plants. A honey bee followed me into the house. I opened a window and it flew back out in less time than it took me to close the window.

I was at a pleasing Plowing Bee at May Farm near St. Clair where many nice people had gathered. I spotted a gray tree frog that was greener than the milkweed leaf it was perched upon. This frog is variable in color with an ability to camouflage itself in shades of gray to green, depending on the substrate where it’s situated. Common green darner dragonflies (devil’s darning needles,” “snake doctors,” or “mosquito-hawks) were here and there and there and here at May Farm. This large dragonfly migrates south.

I also saw a number of native bees, which the honey bee isn’t. A bee nest box makes a great gift for gardeners or nature lovers. Many of our native bee species are solitary and effective pollinators. In order to ensure that these bees spend more time in our yards and gardens, they need places to nest. Mason bees and leaf-cutting bees are among those that utilize holes and you can provide nesting space for them by building a nest box and filling it with straws or drilling holes into a block of wood. Different bee species utilize holes of different diameters, so include a variety of sizes. A simple box can be made from a cardboard milk carton, salty snack tube, etc. filled with tubes made from straws, wood, bamboo, plant stems, etc. Boxes can be purchased and plans are available online.

Rachel Depuydt of Eagle Lake asked what the difference was between a frog and a toad. They’re not easy to distinguish. Most frogs have long legs and smooth skins covered in mucus. Toads typically have shorter legs and rougher, thicker skins. Toads generally find their way into gardens and yards more than frogs. Frog eggs are found in a mass while toad eggs are in a chain. I was taught that all toads are frogs, but not all frogs are toads.

Karen Wright of Mankato asked what butterflies do in the rain. They try to avoid it. Butterflies hide when it rains — under large leaves, in tangled thickets, in dense vegetation, under rocks, in grass or bushes, or anywhere else that would intercept the raindrops.

“If you break your neck, if you have nothing to eat, if your house is on fire, then you’ve got a problem. Everything else is an inconvenience. Life is inconvenient. Life is lumpy. A lump in the oatmeal, a lump in the throat, and a lump in the breast are not the same kind of lump. One needs to learn the difference.“ — Robert Fulghum

“It is not what you look at that matters, it’s what you see” — Henry David Thoreau