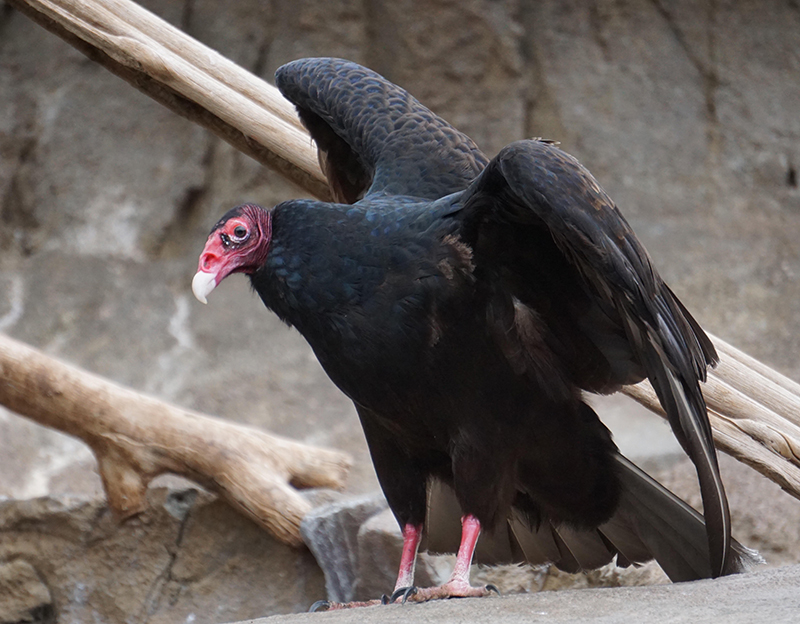 There were a few mosquitoes in the yard for any hunter who was interested in bagging a trophy skeeter. I heard gunfire in the distance. Perhaps it was produced by a mosquito hunter’s shotgun? I heard a lecturer say that ravens recognize gunfire as a possible supplier of food.

I saw a fawn that had put on its winter coat and a lovely garter snake. Cool, fall weather brings out snakes. Flecks of fall colors were seen in tree leaves. Mahogany-colored nuts fell from an Ohio buckeye tree. I meandered past some boxelder trees. Sometimes called an ash-leafed maple or a Manitoba maple, the trees produce winged seeds called samaras that mature in late summer. A boxelder is the hypochondriac of trees. It appears to be dying, but never gets around to it.

Jerusalem artichokes showed yellow flowers. It’s a native, perennial sunflower. Wild cucumber is beginning to abate. We don’t have kudzu here — wild cucumber, wild grapes and Virginia creeper do its kind of work. Riverbank grape (wild grape) is a native perennial with a 75-foot vine, and Virginia creeper, often called “woodbine” (which a related plant) is another native perennial with a vine reaching 90 feet in length. They are kinder than kudzu, which has a perennial vine reaching 100 feet. A native to Asia, it was introduced to this country to prevent soil erosion, feed cattle and shade porches. Once established, it can grow 60 feet in a growing season.

A turkey vulture soared overhead, likely attracted to the dead skunk on the road. The Cornell Lab of Ornithology said this about a bird often incorrectly called a “buzzard”: “They are deft foragers, targeting the softest bits first and are even known to leave aside the scent glands of dead skunks.”

Acorns are numerous this year. A mature oak tree can drop as many as 10,000 acorns in a year. Generally, a large mast occurs every two to five years.

“At what temperature is a killing frost?” Frost is the coating of ice crystals forming on plants when a freeze occurs and the air is loaded with water vapor. A killing frost, or hard frost, comes when the temperature drops below 28 degrees.

“What makes a plant a flower instead of a weed?” The mind of the person seeing it.

“How fast do monarch butterflies fly on their way to Mexico?” Monarchs fly at speeds reaching about 20 miles per hour. They travel 40 to 100 miles per day when migrating (one exceptional butterfly traveled 265 miles in a single day), gliding on favorable winds to gain speed. Their trip to Mexico can take two to three months. Monarchs don’t fly when weather conditions are unfavorable. It’s an amazing journey for an insect weighing less than a gram.

Gail Batt of Hartland asked why vultures need to warm