Al Batt: Want to keep wild cucumber in check? Get out your mower (a lot) 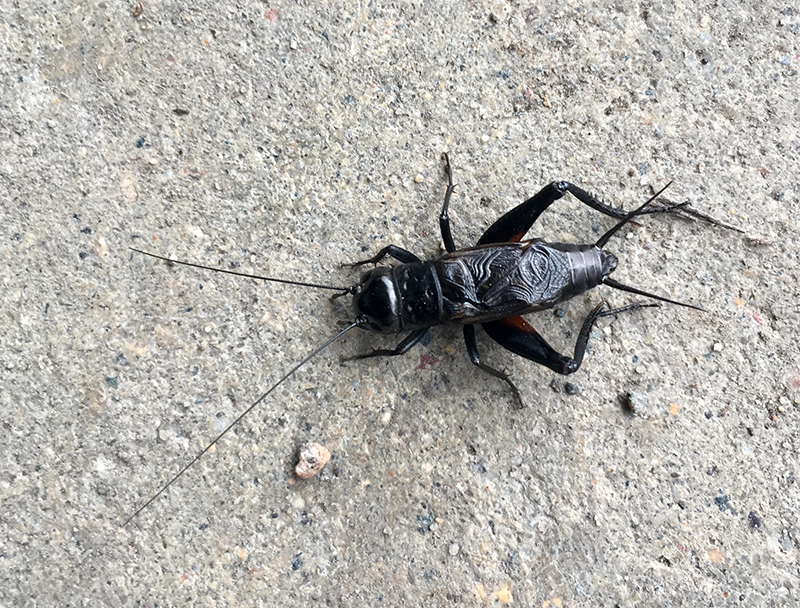 “Everything is nearly copacetic. The bacon seeds I planted didn’t germinate, but other than that the garden is doing well. My dog is still trying to figure out why vacuum cleaners hate him. I try to save for a rainy day, but my life has been a steady downpour. I listen to the weather report every day. That’s because I enjoy being surprised. Pop claims he can predict the weather by the twinges in his joints. If he feels a twinge, we’ll definitely have weather of some kind. I’ve been a working fool. Work can inspire laziness. I can never be as lazy as I try to be. On a hot day, I caught a fried fish on Lake Inferior. I finally finished reading ’War and Peace.’”

“Not really. I just read the peace parts. There was a nice turnout for Barney’s funeral.”

“Yes, there was,” I say. ”He had the world’s 437th largest ball of twine. I’ll miss him. At least he died surrounded by loved ones.”

“I read the obituaries. Being surrounded by loved ones kills a lot of people.”

The rain tapped on the leaves. Everything was as right as rain. There was no thunder and lightning. On average, approximately 44,000 thunderstorms occur each day.

The mosquitoes had disappeared. I didn’t miss them. I’ve heard of BuzzFeed, but to me, that’s a biting mosquito.

The sun came out, turning a world covered in raindrops into jewels. I wanted to adopt the habit of a bee and visit each and every flower. I walked on so many acorns it felt as if I were walking on ball bearings.

The sultry part of summer, the Dog Days, are supposed to occur during the period that Sirius, the Dog Star, rises with the sun — from July 3 to Aug. 11. For every fog in August, there will be a snowfall — they say.

Goldenrod and ragweed bloom. Ragweed is the culprit that torments allergy sufferers. We got some new siding on the house. A monarch butterfly caterpillar picked it to form a chrysalis. It looks lovely.

Soon skunks and raccoons will be digging in the lawn in search of grubs for grub. I spotted a red fox. A red fox has black legs, black-tipped ears and a white-tipped tail. A grey fox has a black tipped tail and a black stripe down its back.

Sad crickets sang to chirrup others. I saw a Cooper’s hawk with a distinctive long, rounded tail with thick bands. A chimney swift chattered overhead on flickering wings. It was a short body propelled by long, slim wings. Turkey vultures were waiting for the morning’s rush hour to end and for the heat to arrive before flying. Wild turkeys strolled by. A turkey can run 25 mph and fly 55 mph.

A Eurasian collared-dove called. This species was introduced into the Bahamas in 1974, spread to Florida in 1982 and was first seen in Minnesota in 1998. A flock of starlings landed on utility wires. In the early 1890s, about 100 European starlings were released in New York City’s Central Park by a group dedicated to bringing every bird mentioned by Shakespeare to America. Today, there are about 200 million starlings in North America.

I visited Freeborn Lake, which is being drawn down. Wilson’s phalaropes were spinning in the water, creating tiny whirlpools that drew prey upward. Some sources claim each phalarope spins in only one direction, but I’m not so sure. Phalaropes exhibit role reversal. The females are more colorful and pursue the males that create the nests and incubate the eggs.

A friend recommended the book “Penguin the Magpie: The Odd Little Bird Who Saved a Family.” I’m glad he did. It’s a book that buoys the spirit as did the books “Arnie the Darling Starling” and “That Quail Robert.“

Mark Anderson of Albert Lea asked what is the light green plant spreading like a veil over other plants along roads. It’s wild cucumber. There is a bumper crop of this native annual this year. If unwanted, the plants should be pulled or hoed as soon as they’re found. The seedlings resemble garden cucumbers. Repeated mowings before they set seeds keeps them in check. If they’re growing up into trees and bushes as they are now, pull them and discard them before they go to seed. They produce spiny fruit and the flowers are quite fragrant. There are chemical solutions that must be used

“What else eats milkweeds other than monarch butterfly caterpillars?” Deer and rabbits eat milkweed leaves and insects such as milkweed bugs, tussock moths, Japanese beetles, oleander aphids and others feed on milkweeds.

“In summer, the song sings itself.” — William Carlos Williams

“In every walk with nature one receives far more than he seeks.” — John Muir