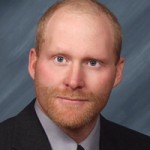 “We need to be aggressive and go after rehabilitation grants for certain areas of our community before homes fall too far into disrepair and need to be removed,” he said.

Olson noted the city also needs to continue participating in housing improvements such as Rock the Block to rehabilitate homes.

“Programs like this make a huge difference in the lives and properties of the people it serves,” he said.

Olson called affordable housing “one of the top concerns for the city.”

“If we are going to attract newcomers and keep the youth of the community here, we need to have places for them to live,” he said. “We have a new market rate rental complex near Wedgewood Cove that is full and expanding. There is a need for more properties like this to keep young professionals in town and not choosing a neighboring community to live in and commute from.”

To Olson, more low-maintenance homes are needed for retiring workers, which he said would “free up single-family homes and allow more first-time home buyers a better opportunity to find a home.”

Olson said the Housing and Redevelopment Authority should take a more aggressive approach in going after new grants and funding.

“After a few years of being stagnant, hopefully the new vision of the HRA will provide a new direction and passion,” he said.

To Olson, the city needs “to keep an open mind when it comes to health care.”

“If new providers are interested and willing to come to Albert Lea to replace the services we have lost, we need to help with anything possible,” he said.

Olson said that could range from tax increment financing or loans for land or building acquisitions.

“Rural health care is changing, and unfortunately Albert Lea is front and center in its evolution,” he said.

Olson said municipalities do not have many options other than using tax dollars and assessments to pay for transportation costs.

“People want nice, smooth roads to drive on — however, there is a cost,” he said. “With that being said, there is only so many streets that can be done each year with the dollars we are able to allocate to these projects. The engineering and street department work hard to maintain and extend the lives of our roads to their maximum lifespan.”

Olson said he agrees with the city’s approach in not raising its operating levy in more than five years but increasing the debt service levy to pay for road repairs.

“Our departments have worked hard and have been very creative to be able to continue to provide the same high-quality services while not having an increase in our budget,” he said. “The debt service levy should start to level off as an old debt is starting to expire and we replace it with new projects.”

Olson said unfortunately, the operating levy will likely need to be increased in coming years if LGA funding is not restored to 2010 levels, a decision made by Gov. Mark Dayton and the Legislature.

Attracting and retaining employees and businesses

To Olson, the city “has many long-term employees and also has many applicants for open positions when they become available.”

“The city offers an excellent benefits package, which is why I feel we keep most of our employees for so long,” he said.

Olson said the city “has many tools that are used to attract new businesses to town and encourage growth from existing businesses,” including the revolving loan fund, grants, tax increment financing and tax abatement.

“The city has a proven record of helping companies that produce new jobs for the community,” he said. “The city needs to continue to work closely with ALEDA, the Albert Lea-Freeborn County Chamber of Commerce and the Albert Lea Convention and Visitors Bureau to attract businesses and bring in tourism dollars to the area.”

Olson, 44, a self-employed professional who installs siding and seamless gutters, said he brings “honesty, integrity and experience” to the board.

“I do not have a hidden agenda,” he said. “I do what I feel is best for the city of Albert Lea. I do not vote with political or personal motives in mind. I feel I truly represent what Albert Lea is. I am proud to have been raised here, and even more proud to be raising my family here.”

Olson said “it has been a true honor to be able to give back to the people and the community, and I hope to be able to continue to do so.”

“The public library is an outstanding resource in Albert Lea,” he said. “It runs hundreds of programs for people of all ages and interests. The library is a vital resource for information and entertainment and has access to computers and the internet for those who don’t have them at home.”

Olson said Thursdays on Fountain concert events “have been very successful this year, drawing hundreds of people to the downtown every week.”

Olson said city play parks are coming back with “many new and exciting activities for the kids.” He noted City Arena is busy throughout the year hosting everything from hockey and soccer events to others such as Chapel Con and dog shows.

Olson said the city and Freeborn County “have very different goals and objectives in the services that we provide for the people whom we represent.”

“We need to communicate and collaborate when it comes to projects that affect both parties, such as the Stables area or Bridge Avenue reconstruction,” he said. “Sharing personnel, buildings or assets can be a tremendous cost-saving tool to both entities.”

Olson said examples of that include the Law Enforcement Center and Information Technology services.