Current school board member Jill Marin is hoping to come back for more should the community back her run to return this November. 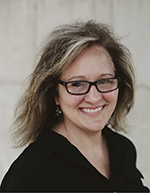 Her time as an Albert Lea Area Schools board member has seen Marin working with two administrations and several board configurations, she said.

“I know when the board and district are running smoothly and when they are not,” Marin said.

According to Marin, some of the district’s current successes include its energy conservation, facility care and investments in technology — if it continues to be used to its fullest potential.

However, Marin said the district’s greatest current challenge is increasing student achievement. Although the board has set consistently strong goals for proficiency and growth, the district’s performance has not approached these goals, she said.

Furthermore, the district could do more to improve the social and emotional health of its student body, she said.

“The district has struggled to achieve a climate in which all voices are valued and respected,” she said.

Finally, Marin questioned consideration of the effects rising levies have on taxpayers, citing a 5.59 percent proposed increase passed in September and up for finalization again in December.

“Taxpayers are already stressed with rising taxes from government entities along with other local tax burdens, special assessments and fees,” Marin said.

While she will continue to be assertive, Marin said she looks for common ground and values differing opinions.

“I always determine my position according to the ‘what’s best for kids’ principle,” she said. “I am willing to negotiate on some issues, such as funding and timeframes. However, I will not compromise on integrity or legalities.”

What’s best for children fighting poverty includes placing strong role models in student lives, the candidate said. She is also pushing for the district to reframe its consideration of student poverty.

“We need to view poverty as an opportunity, not use as an excuse,” Marin said. “Many districts are dealing with this issue. We need to provide support for our students and families, and we need to highlight the value and rewards of education. We need to make sure they are included and that all possible barriers for success are eliminated.”

To help students succeed in test performances specifically, it takes the right staff in the right places, she said.

“We need to ensure we have appropriate positions staffed for student success, especially early on in reading and math,” Marin said.

Retention of that staff is not down to adequate housing or social opportunities, Marin said, but about climate control.

“I believe the district can create a climate that is even more innovative, fostering, collaborative and teacher-driven,” she said. “It can showcase these opportunities to attract new teachers and retain good teachers.”

“I question often, and I fight hard for what I believe is right,” Marin said of her time on the school board. “This is the people’s business, and they deserve our best service.”