A Madelia man who allegedly led officers on a chase of more than 120 mph while driving drunk Saturday morning was charged with three felony counts Monday in Freeborn County District Court. 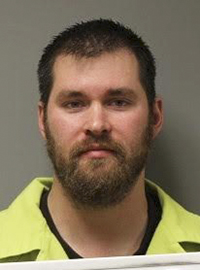 Darren Robert Pettersen, 29, is charged with two counts of felony driving while intoxicated, one count of fleeing a peace officer in a motor vehicle and one count of gross misdemeanor driving after cancellation.

Court documents state Pettersen was charged after a Freeborn County Sheriff’s Office deputy was traveling north on 660th Avenue, a quarter-mile south of 310th Street, and saw a vehicle traveling west on 310th Street at a high speed.

The vehicle allegedly fled from the officer when the deputy tried to pull it over and led the deputy on a nearly 11-mile chase.

A 1.75-liter bottle of whiskey with approximately 2 inches remaining, an open bottle of 7UP, two empty beer cans, one empty beer bottle and a coffee mug with a mixed whiskey and 7UP drink were found in the vehicle, court documents state.

Pettersen, who was on probation in Blue Earth County at the time of the chase, allegedly said he fled because he knew he was going to be in trouble. His eyes were described as bloodshot and watery, and he allegedly had an odor of an alcoholic beverage and slurred speech.

Assistant Freeborn County Attorney Abigail Lambert noted the speed and distance of the chase and requested conditional bail for Pettersen be set at $35,000.

Pettersen has hired a private attorney.

His next court appearance is scheduled for Jan. 17.