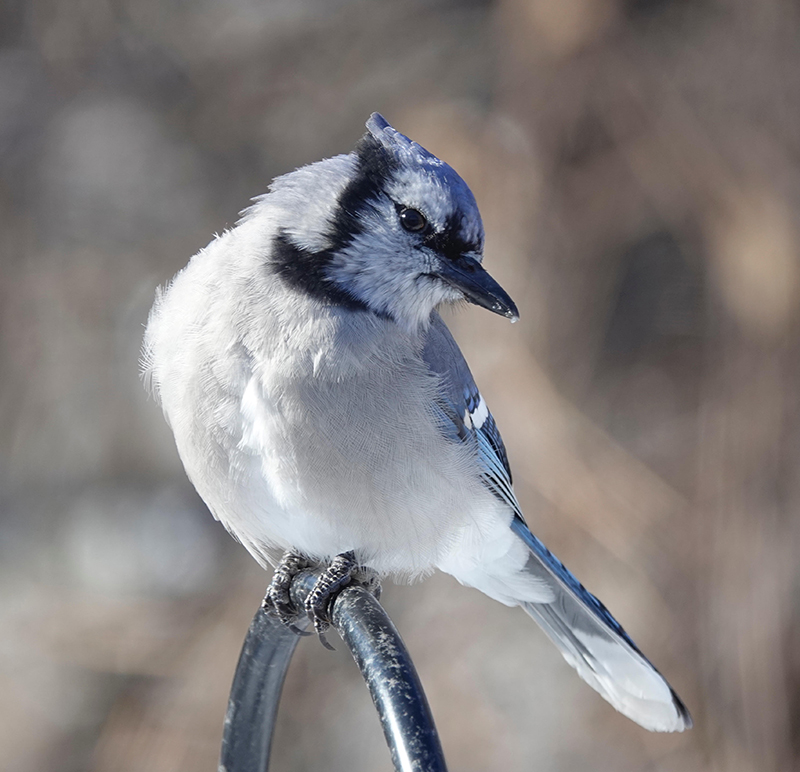 “Everything is nearly copacetic. I found a sale on paper plates. I buy a lot of paper plates. I hate doing dishes. I’m on one of those diets where I stop eating when my knees begin to buckle. I’m not sure whether I’ve reached the old age of youth or the youth of old age. I know I’m at the peak of my lardhood, but I’m doing well for someone with so many old parts. I went to the gift shop at the medical clinic. It was full of Teddy Bears. I found them a little stuffy. My sister Cruella said I needed glasses. I guess she was right. If I’d have been wearing glasses, I’d have gone to the eye clinic instead of the gift shop. Sticks and stones may break my bones, but so will falling on the ice. My neighbor Weasel fell into the lake while he was ice fishing. He claimed someone had pulled the ice out from under him. I wanted to play a sad violin for him. I have a musical background. Grandpa used to spank me with his fiddle.”

I tromped around the yard, happy to be a speck in the universe. Our yard is my local park. It’s important. Every place has an ecological significance. The landscape had fallen into a white silence. I walked through the snow, following in my own footsteps.

Blue jays and chickadees were vocal. I appreciate chickadees. I do more than appreciate. I’m their cheerleader. I wonder if there is a sports team nicknamed the Chickadees? If not, there should be.

I investigate familiar tracks. I hear them called trash pandas, but I call them noisy raccoons when they wake me at night. I’ve been seeing a pair of cardinals at my feeders all winter. I enjoy their company. This day, I saw only the male. I vowed to look harder for the female. I hoped she still survived. Cardinal pairs might stay together throughout winter, but the Cornell Lab of Ornithology found as many as 20 percent split up by nesting season. I hope the local pair of redbirds had an amicable divorce.

I saw a belted kingfisher not far from my home. It’s a species that goes as far south as required to find needed resources.

I’m thankful to have had the opportunity to evolve in concert with nature.

“Is wild asparagus a real thing?” In the 1960s, Euell Gibbons wrote a book about eating wild edibles titled, “Stalking the Wild Asparagus.” I enjoy asparagus. One of my father’s favorite dishes was creamed asparagus on toast. Our asparagus patch was treated with respect. It seemed as if everyone grew asparagus. The wild plant we commonly see along roadsides is the same species as tame asparagus — Asparagus officinalis. Wild asparagus produces without human assistance or manipulation. Asparagus plants are insect pollinated and its seeds are spread by birds, allowing domesticated crops to escape into the wild.

“What is Smokey the Bear’s middle name?” The.

“What causes deer to drop their antlers?” Diminishing daylight and falling hormones following the breeding season initiate the antler-weakening process. Testosterone controls the antler cycle, but production of testosterone and the annual antler cycle is ultimately controlled by photoperiod. Large-antlered older bucks typically shed their antlers earlier than young, small-antlered bucks. Weakened bucks may shed earlier than those in better physical condition. Genetics has some effect on the time of shedding.

“How are cormorants able to feed in muddy waters?” The birds rely on vision to hunt in clear water, but their sensory abilities are limited in turbid water. I suspect they change from visual to tactile cues to maintain their foraging efficiency.

“When it’s over, I want to say: all my life I was a bride married to amazement. I was the bridegroom, taking the world into my arms.