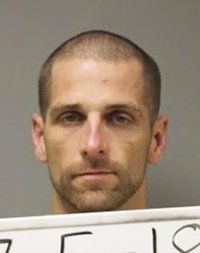 The chase started, and at one point, Zuehl increased speeds to approximately 70 mph as he approached the intersection of Broadway and Third Street. He also allegedly nearly struck another vehicle and, after turning onto Ninth Street, traveled north through backyards, fences and other property.

Court documents state Zuehl — who at the time had three active warrants — stopped after nearly striking a parked car at 1319 S. Broadway Ave., and a foot chase ensued.

In one file, Zuehl did not enter a plea to one count of gross misdemeanor obstructing the legal process with force or violence.

Sentencing is scheduled for March 25.

Zuehl is not expected to receive additional jail time in Freeborn County but does have a jail hold in Iowa.