An Albert Lea woman who allegedly stole $1,600 from her employer over the first two months of 2018 has been charged with two counts of felony theft Friday in Freeborn County District Court. 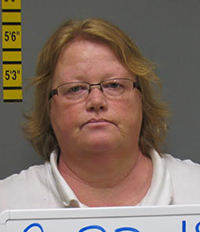 The first appearance for Ann Marie Malay, 51, is scheduled for March 7.

Court documents state Malay was charged after an Albert Lea officer received a call from dispatch Feb. 22, 2018, regarding an employee theft from Walmart. The store’s manager reportedly said Malay admitted taking $20 bills from a till while she worked “and pocketed the money to steal,” court documents state.