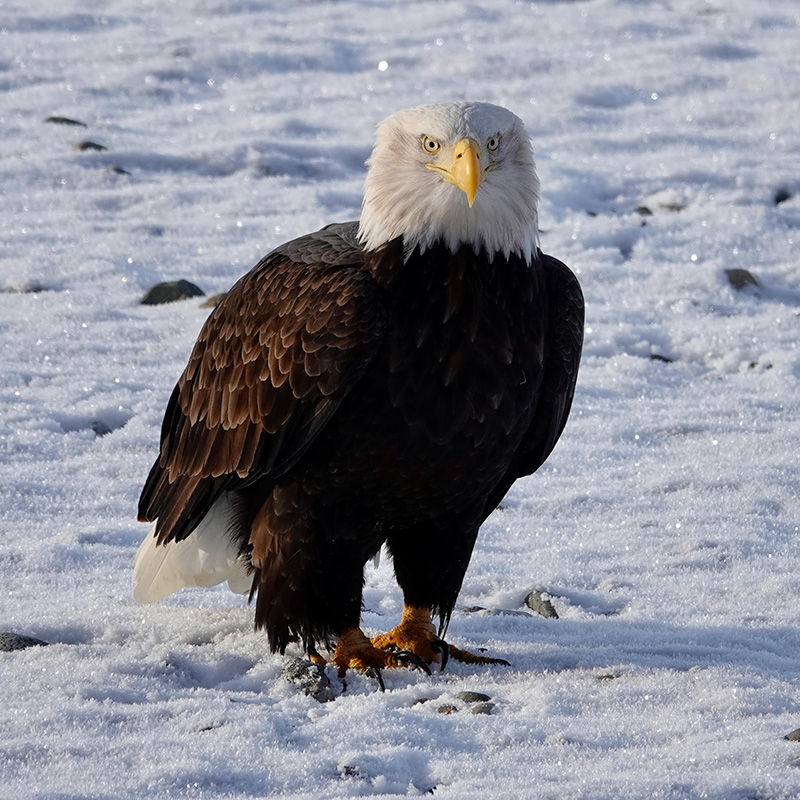 “Everything is nearly copacetic. They should declare this winter a national emergency. I’m ready to build a wall to keep it out. The weather outside is frightful, but I’m so delightful. That’s what keeps me going. Things could be worse. What’s the worst that could happen? More of the same weather? Do my ears match? I think my barber flunked ears in barber school. Either that or he went to guillotine school instead. My car didn’t want to play nice any longer. It grew so winter weary, I had to have my bumper towed. They tried to tow my car, but only the bumper went with the truck.”

The weather makes us wonder. There are winter days when it seems as if everything I might be even remotely interested in has been canceled due to the weather. That’s when nature and its great family of things come to the rescue. I watched rabbits dancing by the light of the moon.

Red osier dogwood and willows are showing more color as if they had acquired tans.

February is National Bird Feeding Month. Schools closed a number of days to honor that fact. Feeders attract many species of birds, each one an unexcelled beauty.

American tree sparrows eat under the feeders. Poorly named, they nest on or near the ground. Woodpeckers drum on resonant wood, making Pinocchio nervous.

Red squirrels moved through shallow tunnels in the deep snow in the yard. Traffic backed up. One squirrel was peeking out of a hole, checking for those on its enemies list, when another squirrel goosed it from behind. The lead squirrel shot from the hole as if it were a miniature rocket launching from Cape Canaveral.

“What do you know about racing pigeons?” I know I can’t beat them.

Pigeon racing is the sport of releasing trained pigeons, which return to their homes over a carefully measured distance. The time it takes a bird to cover that distance is calculated and compared with other race contestants to determine the winner.

“Why are some opossums so much darker than others?” The pelage color of an opossum is influenced by genetics.

“You wrote about seeing hummingbirds in Alaska. How do they survive winter?” They have no down feathers and have a high metabolism, but Anna’s hummingbirds are tough. They depend upon flowering plants and shrubs for as long as possible, and frequent hummingbird feeders. They are able to slow their metabolism by entering a state of torpor.

“How do squirrels find food under the snow?” Smell and memory. Studies suggest that squirrels bury food in a series of locations that help form a cognitive map of storage locations. A study done at the University of Richmond found squirrels recover about 26 percent of the nuts they bury. Squirrels are likely to bury red oak acorns because they are less likely to decay in the ground. Squirrels generally consume acorns of white oaks immediately because they germinate in the fall and as they germinate, grow a thick taproot that squirrels don’t like.

“How far does a coyote travel?” Solitary coyotes travel over large areas, up to 60 square miles. Young coyotes that disperse often travel 50 to 100 miles (with up to 400 miles documented) in search of a vacant territory or a mate. Adults could move 10 miles a night throughout their territory.

Kent Spellman wrote, “I wanted you to know that the cover article in this month’s Minnesota History Magazine is about Alden farmer, Albert Lea Audubon Society member and conservation crusader Bill Bryson. The Albert Lea Library has a copy of the magazine.

The western monarch butterfly population in California declined 86 percent in 2018 compared to the previous year, according to the Xerces Society, a nonprofit group that conducts an annual survey of the species in the Western United States. It has dropped 97 percent since the 1980s. These butterflies winter in eucalyptus trees on the California coast. Scientists believe the population decline is caused by habitat loss,

pesticides and other environmental conditions. A University of Florida study found the number of caterpillars and butterflies in North Florida has been declining since 1985 and has dropped by 80 percent since 2005. University of Michigan and Stanford University researchers found carbon dioxide from car and factory exhaust reduced a natural toxin in milkweed that feeding caterpillars use to discourage parasites.

“Think good thoughts. Speak good words. Take good actions. Three steps that will bring more to you than you can ever imagine.” — Rhonda Byrne

“Develop an interest in life as you see it; the people, things, literature, music — the world is so rich, simply throbbing with rich treasures, beautiful souls and interesting people. Forget yourself.” — Henry Miller