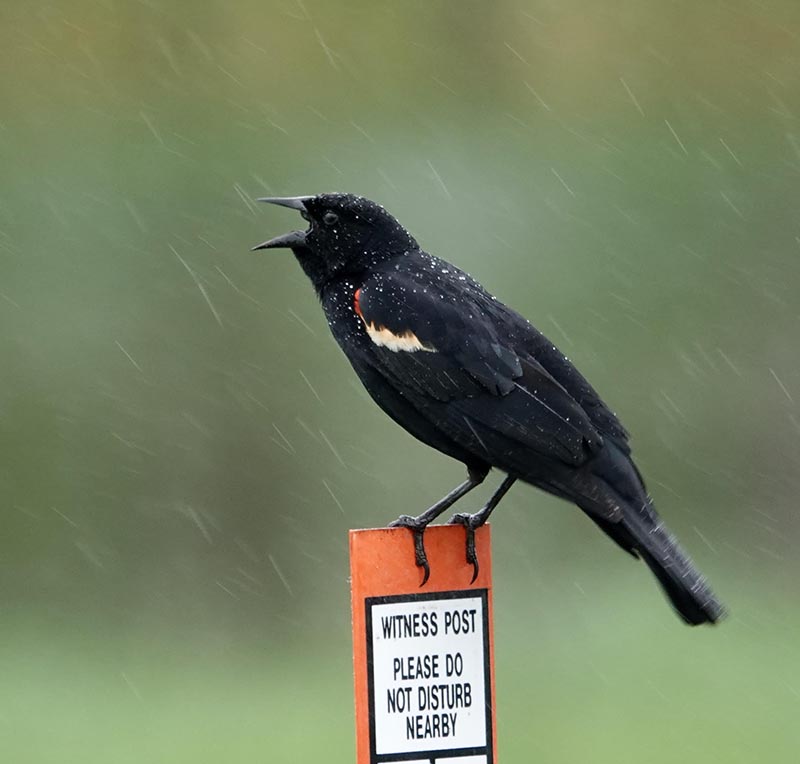 “Everything is nearly copacetic. No matter how bad the weather gets, we’re not satisfied. This wet weather is good for my fancy footwear. If not kept at the proper humidity, snakeskin boots shed their skins a couple of times every year. Each day, I’m getting another garden catalog in the mail. I enjoy getting them and I’ve been planning this year’s vegetable extravaganza. I recall my Cousin Chucky planting his first garden. He couldn’t take the sun. I told him to plant on cloudy days. Chucky told me he couldn’t do that because it said on the seed package to plant in full sun.”

Looking out the window is always worth the effort. It framed a white landscape. Snow hasn’t been elusive this winter. February was particularly generous with its snow. The DNR says January is our snowiest month on average, followed by December, March, November, February and April.

I heard a house sparrow cheep. I’ve heard them called cheap birds. In India, the Nature Forever Society has tried to rally conservation interest by declaring March 20 World Sparrow Day and naming it the state bird of Delhi. The Society’s president said, “The house sparrow is one bird which is seen by everyone, by kids, by adults, by people from various socioeconomic strata. It is a bird of the common man.” The house sparrow is the default little brown bird we see in parking lots and yards, on street corners and sidewalks, and on farms.

Raccoons raided my feeders. The deep snow has given the rascals the height needed to get to the feeders. One of them stole a suet feeder that I cannot locate.

Winter had been a beast, but a friend told me of a silver lining. He said the weather brought more cardinals than ever before to his feeders. Snow melts first at the base of trees because the dark color of trunks absorbs energy from the sun. This heat energy is absorbed by the snow around the base causing it to melt.

I strolled around the campus of Bethany Lutheran College in Mankato in early March and found myself mesmerized by robins and red-winged blackbirds. The birds were the ones flying, but they lifted me.

The vernal equinox was on March 20. When spring comes, can winter be far behind? We need a change of scenery, but we get an in-between season called sprinter.

“How can I tell a male robin from a female?” It can be difficult to tell male and female American robins apart, but the males are slightly darker in color. Young robins have dark spots on their breasts. Robins are considered harbingers of spring, but many robins spend winter in their breeding range.

“Why don’t I see robins at my feeders?” Robins are infrequent visitors to bird tables because they have never taken the training required to become certified as a feeder bird. Feeders don’t typically offer a fare favored by robins.

“I replaced an old bird feeder with a new one, but the birds don’t seem to like it. What can I do?” If you put it in the same place and are feeding the same thing, it is odd. You could put the old feeder back up and let it go empty while keeping food in the new feeder nearby.

“How long does a mourning dove live?” The oldest known mourning dove was a male at least 30 years, 4 months old when he was shot in Florida in 1998. He’d been banded in Georgia in 1968. The mourning dove is the continent’s most popular game bird.

“Wherever life plants you, bloom with grace.” — French proverb

“The ideals which have lighted my way, and time after time have given me new courage to face life cheerfully, have been kindness, beauty and truth.” — Albert Einstein