Al Batt: Winter weather great for conversation, but less so for pheasants 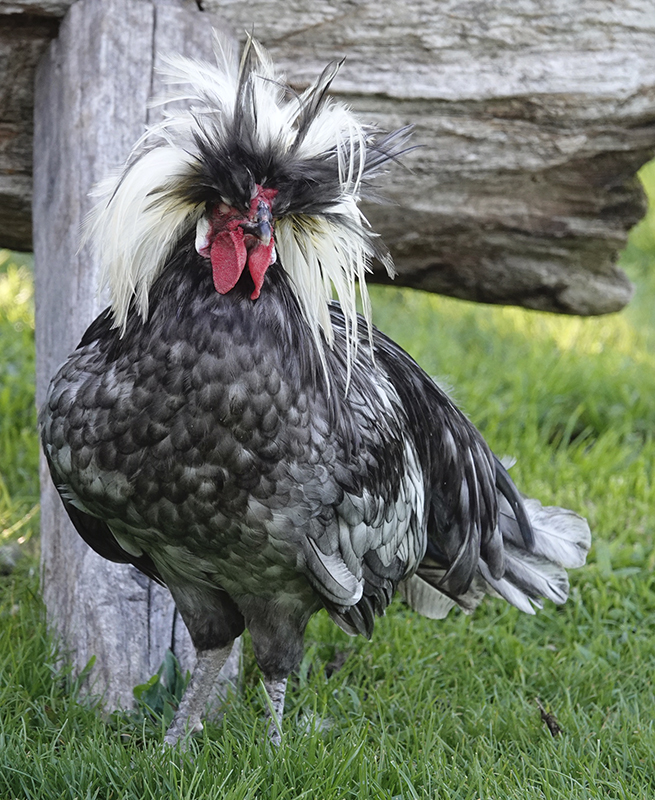 This rooster — both a bird and a crested Polish chicken — fell asleep while on sentry duty. Al Batt/Albert Lea Tribune

The blue jays were talkative. Mark Twain wrote, “You never saw a bluejay get stuck for a word. He is a vocabularized geyser.”

A snowplow grumbled by. It sounded tired. I was happy to see it. February was cold, but its warm sunlight melted snow. It had given itself plenty of snow to melt. “Light tomorrow with today!” said Elizabeth Barrett Browning.

Freed from home by the snowplow’s good work, I drove around entertaining my camera. Most of the miles were on rural roads, some gravel and some hard surface. The snow gave a soft wind visibility. I saw more bald eagles than cows. How times have changed. You could say I drove the wrong roads, but it’s what I saw.

Brandon Brackey of Albert Lea and I talked about the weather. It’s hard not talking about the weather. Brandon is an avid pheasant hunter and is concerned about the survival of the birds over our harshest season. The loss of food due to a persistent cover of snow and/or ice is a killer. Waste grain, an important food source, becomes unavailable under a deep accumulation of snow. I read once that 300 kernels of corn per day would maintain a pheasant’s weight. Captive pheasants have been able to survive several weeks without food, but they don’t expend energy avoiding predators and staying warm. A healthy wild pheasant could go at least three days without food. The annual survival rate of ring-necked pheasants is around 50 percent. Hens are more likely to succumb to starvation than are roosters, as the females enter winter in poor condition due to the high energy demands of nesting and rearing chicks. Strong winds can sometimes be beneficial to pheasants as they might free feeding areas of snow. Another problem for pheasants is the lack of suitable winter cover.

“Are common buckthorn berries harmful to birds?” I couldn’t find any research indicating that they are toxic to birds. I’ve read that they are in many articles, but unearthed nothing in studies to back that up. Buckthorn is invasive and outcompetes native plant species. It defines hardiness.

Jerry Viktora of Ellendale asked about the fall behavior of turkeys. Birds of a feather flock together. Hens flock with other hens, including female offspring that might no longer roost in the same trees as their

mothers. Hens that were unsuccessful in nesting might form smaller flocks with other lone hens. Toms form their own flocks, often segregated by age. Young males, called jakes, band together. Flocks rarely interact with others. The mature toms that flock together in the winter, separate when the breeding season commences in the spring.

“What is the heaviest owl I might see in Minnesota?” The snowy owl is North America’s heaviest owl on average.

“Which is larger, a bald eagle or a golden eagle?” There are variances in the sizes of individual birds in both species, but generally, they are the same size.

“The older I get, the greater power I seem to have to help the world; I am like a snowball — the further I am rolled the more I gain.“ — Susan B. Anthony

“A seed hidden in the heart of an apple is an orchard invisible.” — Welsh Proverb