Al Batt: DNR says eastern cottontail is the most hunted animal in the U.S. 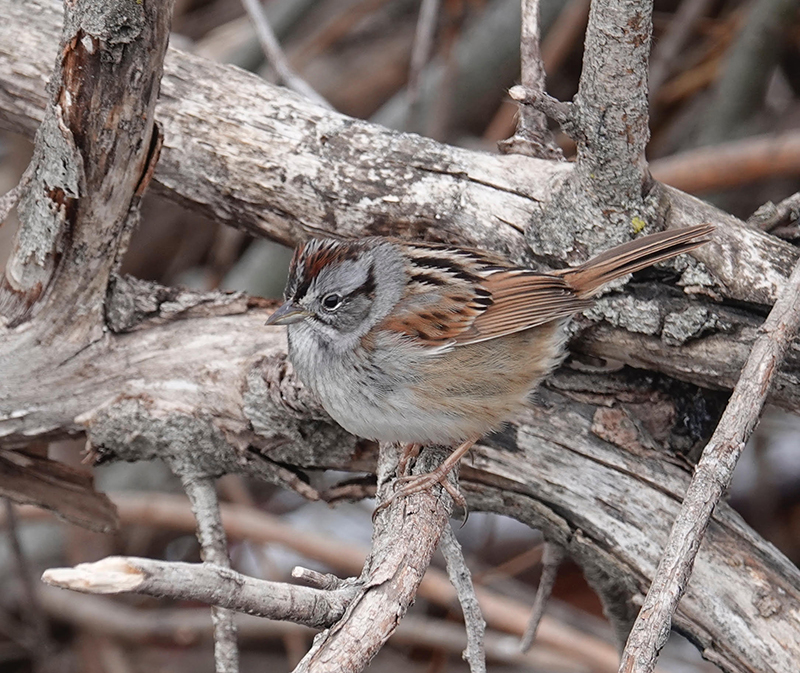 A swamp sparrow is a skulker of swamps and marshes. - Al Batt/Albert Lea Tribune

“Everything is nearly copacetic. I was doing some tubular dining, a hot dog and Pringles, when I reflected on my pitiful college career. I’d have done much better if it hadn’t been for baseball.”

“You didn’t play baseball in college,” I say.

“I know that. It was because of a pitcher, Denny McLain. He pitched for the Detroit Tigers. He gave my beloved Minnesota Twins fits. One year, he had a 1.96 ERA. I didn’t like him, so I decided to show him what a good Minnesotan could do. And I beat McLain. My freshman GPA was 1.80.”

Birds are singing, some searching for mates while others declare territories. Still others work on their songs — it’s spring training for them. The bad weather in April and the return of turkey vultures brought buzzards in the blizzards. I listened to the white-throated sparrows singing in the rain. Their plaintive whistles, “Old Sven Peterson, Peterson, Peterson are vocal rainbows. A mourning dove flew into the tree overhead. I looked for a nest, a flimsy assemblage of twigs that allows the eggs to be seen from below.

I saw mourning cloak and red admiral butterflies on wing. These are butterflies that hibernate.

I heard the sapsucker drilling holes in a tree. The stuttering cadence of its hammering sounded as if it were tapping out a Morse Code message.

While on the subject of sounds, spring peepers called. Spring peepers are frogs that make that crystal clear “peep” calls. Jeepers, creepers, listen to those peepers! They’re loud little things. One study found that when near, their voices hit about 90 decibels. That’s an impressive feat as the average male is only about an inch and a half long. I walked in quiet woods when the peepers began singing. It was as if I’d been wearing earplugs that gave me a silent environment, removed them and the world became clamorous.

I saw a number of swamp sparrows. They are almost always seen near water, even during migration. They nest all over Minnesota.

“What is the most hunted mammal in this country?” It’s bunny you should ask. The Minnesota DNR says the eastern cottontail is the number one game animal in the U.S. I’m not certain as to the measurement used in determination. Perhaps on number harvested. According to a 2016 survey by the U.S. Fish & Wildlife Service, based on number of hunters and including birds, there are far more deer hunters than any other particular hunter. They are followed, in descending order, by hunters of turkey, squirrel, rabbit and hare, ducks, doves, quail and geese.

Walt Popp of Hastings told me he goes birding with low expectations. That way, he is always surprised by what he sees.

In 2018, Ben Douglas of Lake Elmo did a State Park Big Year birding 73 State Parks and State Recreational Areas. Itasca State Park was last on the list. This year he’s visiting all 87 of Minnesota’s counties and checking off each bird species seen in each county, hoping to get 10,000 total tics.

“I was visited by a very good friend who had just returned from a long walk in the woods, and I asked her what she had observed. ‘Nothing in particular,’ she replied. I might have been incredulous had I not been accustomed to such responses, for long ago I became convinced that the seeing see little. How was it possible, I asked myself, to walk for an hour through the woods and see nothing worthy of note?” — Helen Keller