Al Batt: Where did the baby geese go? Ask your nighttime animal neighbors 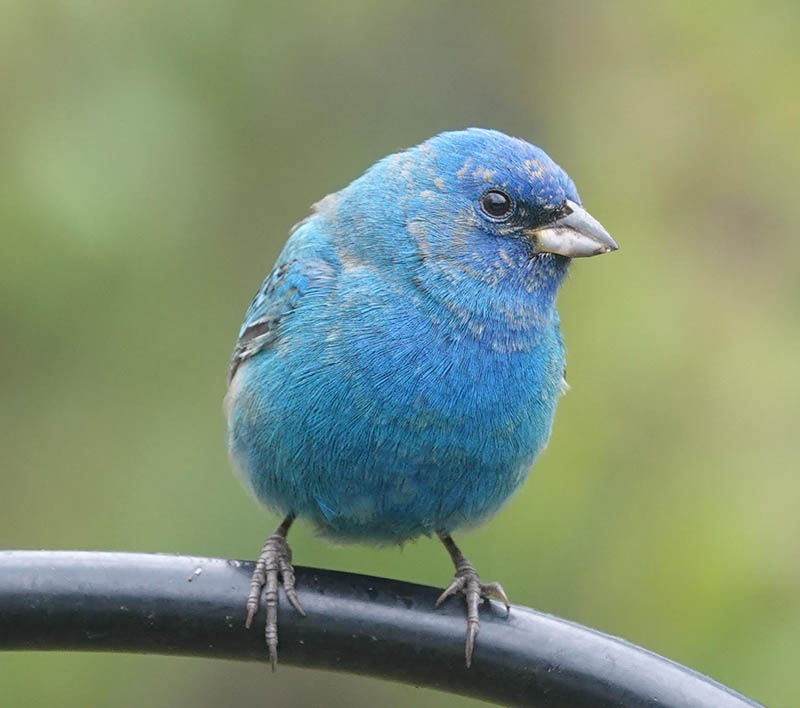 “Everything is nearly copacetic. Any day I wake up and there is no chalk outline drawn around my body is a good day. I spent a few bucks on lottery tickets, but they didn’t turn me into a multi-millionaire. That’s the bad news. The good news is that I’ve yet to lose a billion dollars.”

I watched warblers. There are collective nouns for warblers: bouquet, confusion, fall and wrench. The most abundant warbler I saw was the yellow-rumped warbler, nicknamed the butterbutt for obvious reasons. It winters farther north than most warblers because it can digest the wax in berry coatings. It gleans insects from vegetation and from the ground, catches flying insects and will eat suet and peanut butter. This warbler will even snatch insects from spiderwebs.

Denny Tostenson of Albert Lea told me that a look out a window of his house showed rose-breasted grosbeaks, Baltimore orioles, scarlet tanager and indigo buntings. Denny canceled his tee time on the golf course.

Some might consider where I live to be nowhere. But it can’t be nowhere. I can see everything from here.

We should know the common birds the best of all. Nobody will ever look at birds the way you do. Knowing the common birds makes it easier to recognize uncommon birds. If they don’t match the looks of a common bird, they might be something else. Neal Batt of Hartland found a long-eared owl that way. It didn’t quite look like a great horned owl.

The morning started the usual way. The neighbors’ rooster crowed. I had to chase a long-haired yellow cat, fat and nearly pink in color, away from my feeders. This day, that apparently well-fed cat had killed a tiny Lincoln’s sparrow. A sad thing indeed. The nimbleness of a cat that looks out-of-shape is impressive.

I watched a number of grackles in our yard. Common grackles sometimes nest in loose colonies, showing limited territoriality except in the immediate area of a nest. Ogden Nash wrote this about the grackle:

“The grackle’s voice is less than mellow,

His heart is black, his eye is yellow,

With hoodlum deeds and vulgar words,

And should a human interfere,

Attacks that human in the rear.

I cannot help but deem the grackle,

I came out of a Barnes & Noble store. I go into bookstores because I’m unable not to. I bought a book written by a late friend, Bill Thompson III. When I came out, I saw a mallard nesting in a concrete planter outside the busy bookshop and just in front of a parking stall. Birders are noticers. There was sparse vegetation in the planter, but the hen did an effective job of hiding. It wasn’t perfect camouflage or I wouldn’t have seen her, but it was good. The disturbing thing was that there were many cigarette butts in the planter. I don’t think the duck had been smoking them.

“What is the range of Baltimore Orioles?” They breed into central Canada and in the eastern U.S. as far south as Louisiana. They winter in southeastern U.S., Central America and the tip of South America.

“I see some baby geese are missing. What would take them?”  Raccoons, foxes, bears, coyotes, ravens, crows, gulls, hawks, owls, snakes, mink, eagles and snapping turtles could prey upon the goslings.

“What bird builds the smallest nest?” My guess would be the bee hummingbird of Cuba. It weighs less than a dime and its nest is an inch across.

“How long does it take an oriole to build a nest?” It takes a Baltimore oriole about a week, but bad weather may stretch nest building to as long as two weeks.

“What is the difference in binoculars?” Some are better than others. Some are a Chevy and others a Lexus. They both get you there. One costs much more. Maybe you get there a little faster or the ride is a bit smoother. And you might look cooler.

“I felt my lungs inflate with the onrush of scenery — air, mountains, trees, people. I thought, ’This is what it is to be happy.’” — Sylvia Plath

“Of all the paths you take in life make sure some of them are dirt.” — John Muir