Al Batt: Foraging for food likely cause of collisions with masked bandits 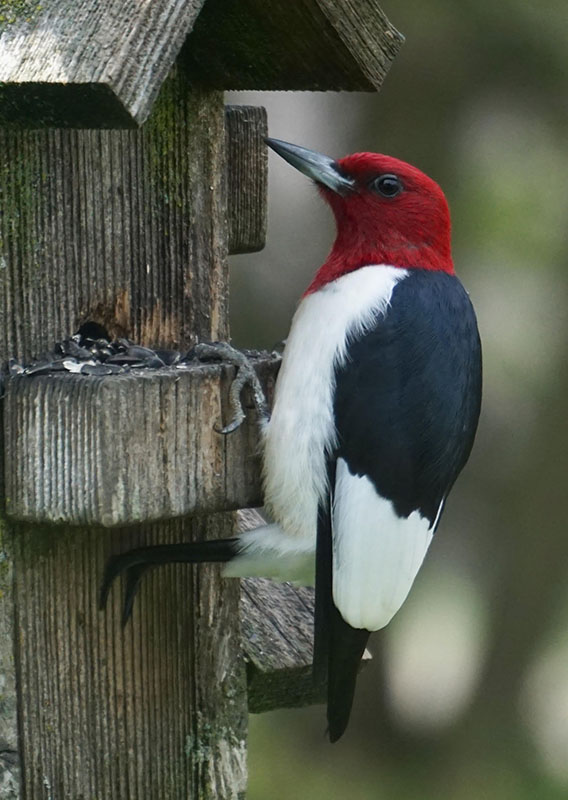 “Everything is nearly copacetic. I got a fortune cookie the other day that was completely blank. It shook me up, but no one else cared. I could have just as well bitten my tongue while eating lobster. So, I went home, slept for 14 hours and pretended I’d dreamt the whole thing.”

1. Insects — Female buffalo gnats or turkey gnats —the farther north I go, the more they are called black flies — bite chunks from my skin and fed on the blood. They punch above their weight and cause intense reactions and painful itching. The end of May and early June is prime time for these insects that breed in moving water. I feel privileged to see most things. I’m happy I can the see gnats, but I’m never happy to see them.

2. Birds— Birds filled the day with songs until a bass-powered red car drove by and its deafening music drowned out the natural sounds. An indigo bunting sang “Fire; fire; where? where? here; here; see it? see it?” This bird nests in brushy and weedy habitats on the edges of farm fields, woods, roads and railroads. I see nests in raspberry thickets and on corn and ragweed plants.

A red-headed woodpecker visited our feeder. It stores insects, nuts and seeds under bark, in cracks in fence posts, under shingles, etc. It has many techniques for obtaining food, including catching flying insects and foraging on the ground. It occasionally drills holes in dead trees searching for wood boring larvae, but flying insects are more important in its diet.

I heard the rattle of a belted kingfisher along a dredge ditch. The scientific name for this top-heavy appearing bird is Megaceryle alcyon. Alcyon is an alternative form of halcyon. In Greek mythology, Halcyone was the daughter of Aeolus, god of the winds. She was changed into a kingfisher by other gods. Each winter, Aeolus calms the winds briefly so Halcyone could incubate her eggs on the beach in peace. The expression “halcyon days,” means a time of peace, joy and success.

I listened to a yellow-billed cuckoo’s hollow, wooden-sounding croaking call it often gives in response to loud noises. Its tendency to call at the sound of thunder led to its colloquial name, the rain crow. This prodigious eater of caterpillars generally produces a guttural “ka-ka-ka-ka-ka-kow-kow-kowlp-kowlp-kowlp-kowlp” on the hot, muggy days tending to engender thunderstorms.

I saw many young European starlings and Canada goose goslings. Both sexes of starlings incubate the eggs for 12 days with the nestlings fledging in 21 to 23 days. There may be a second brood. Canada geese incubate eggs for 25 to 30 days. The goslings leave the nest quickly. One brood.

3. Mammals — I saw many dead deer on our roads. Many were yearlings pushed away when their mothers were about to drop fawns. I watched a mother groundhog (woodchuck or whistle-pig) in a tree. She was eating mulberry leaves. Groundhogs enjoy those. There were seven kits on the ground feeding on Dutch clovers and dandelions.

“Why do I see so many dead raccoons on the roads?” The simple answer is because of cars. A raccoon can run 15 mph, giving it little chance in a race with a Lexus. The raccoons are out at night, hunting garbage cans. It’s foraging for food that brings about the collisions. During the mating season (late winter and early spring), male raccoons travel long distances and mate with many females. After a 63-day gestation period, the female has her litter of two to six young — most born in May. The cubs (or kits) are weaned at 7 to 16 weeks of age and become independent when they are 8 to 12 months old.

“Do you ever call birds by their full scientific names?” Only when I’m angry with them.

“When you counsel someone, you should appear to be reminding him of something he had forgotten, not of the light he was unable to see.” — Baltasar Gracian

“We have grown dull toward this world in which we live; we have forgotten that it is not normal or scientific in any sense of the word. It is fantastic. It is fairy tale through and through. Really now. Elephants? Caterpillars? Snow? At what point did you lose your wonder at it all?” — John Eldredge