Al Batt: Slugs part of diet for several creatures (not including naturalists) 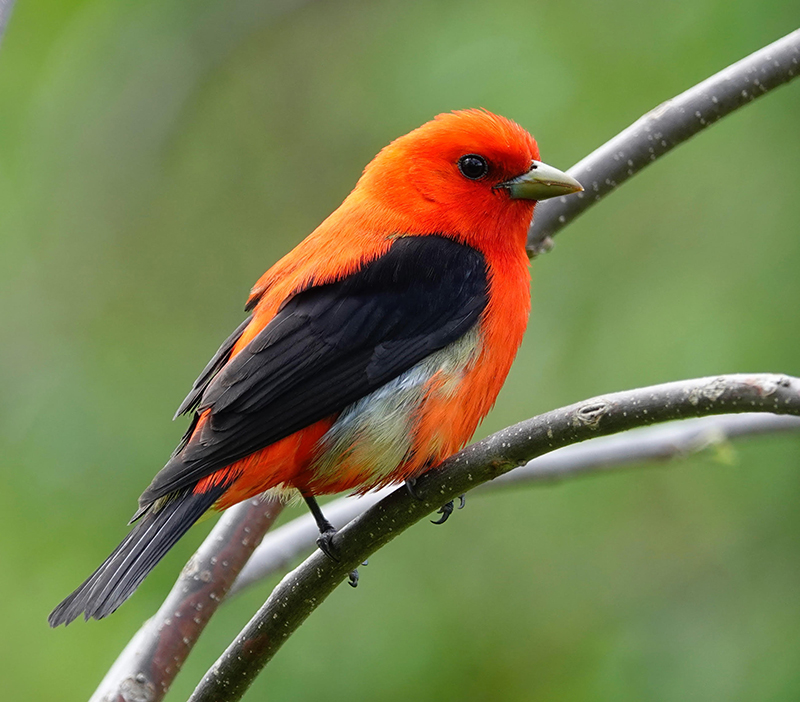 “Everything is nearly copacetic. I stopped at a cafe in Iowa. It has great food, but I hadn’t been there for a long time. I told the waitress that it’d been over five years since I’d first come in there. She said, ‘I’m sorry, but you’ll have to wait your turn. I can wait on only one table at a time.’”

I smelled the lilacs. I love the smell of lilacs in the morning. It has weight. Some find the fragrance cloying, but I find it heavenly and memory-producing. I try to inhale lilac scents each day they are in bloom. I was pleased that so many birds decided to spend time in my company. Animated birds fed with a vigor larger than their size. Small things are a big part of my life.

I watched a raccoon eat under a bird feeder. A catbird landed on the shepherd’s hook holding the feeder and pooped. Everyone has to go. Its aim was excellent. It was a direct hit on the raccoon, which wasn’t bothered in the least.

It was nice to see dragonflies. I strolled past ferns, recalling transplanting some in the past. That’s best done when new growth first begins to emerge. Dandelion and violet flowers blared silently.

As each year, I saw many yellow-rumped warblers this spring. Autocorrect wants them to be yellow-rumpled warblers. I heard the song of the bobolink. The bird sounded pleased with the world. I saw a good number of black-winged redbirds. Scarlet tanagers. The bird of happiness comes in many colors. As a tanager fed on a window feeder, I made a wish. It seemed like the right thing to do.

An April wind blew hard enough to gnaw rock. The blizzard/ice storm (named Ice Storm Ichabod) knocked down some of our trees. A tree is a bed and breakfast for birds. Trees with architectural problems fell and smashed a number of faithful bird feeders. Replacements were secured. It will be good, but different.

Leading a bird hike at Afton State Park, I saw a pair of ravens. I’d never seen them in that park before.

A good friend, Carrol Henderson, retired director of the Nongame Wildlife Program of the Minnesota Department of Natural Resources, is a wonderful guy. He was birding in Guatemala, Columbia or Costa Rica (I’m pretty sure it was one of them, but in this report, it doesn’t matter which one it was) and having an amazing time. He’d just bought a new camera and found it much to his liking. He gave his previous camera, a perfectly good DSLR, and its accompanying tripod to his guide. It made two people very happy.

“What eats slugs?” Not me. Things that dine on slugs include: toads, snakes, frogs, ground beetles, turtles, firefly larvae, ducks, chickens and some songbirds.

“I walked in a forest at daybreak. How do birds decide who sings first?” Birds at the top of the forest canopy would sing first during the dawn chorus because the light reaches them first. Birds with the largest eyes would be the first to sing at all the levels, as the big eyes let more light in allowing them to see better in low light.

“Why do we feed just grape jelly to the orioles?” Orioles aren’t very picky when it comes to jelly. I’ve been told that Baltimore orioles enjoy the grape flavor because it tastes similar to the dark, ripe fruits they eat. Jelly feeders attract other birds: gray catbirds, woodpeckers, scarlet tanagers, house finches, rose-breasted grosbeaks and others. Orioles eat orange marmalade, apricot preserves or cherry, strawberry, apple and raspberry jams or jellies. Jellies and jams are both made of fruit, sugar and pectin. In jelly, the fruit is in the form of juice. Jam is a chunkier form containing pulp or crushed fruit. I stopped at a store to get grape jelly. The grape jelly shelves were bare and the back room lacked any. I was in a bit of a rush, so I bought the only jelly they had available — strawberry. I put it into the feeders and the birds snarfed it down in record time.

“Those little nimble musicians of the air, that warble forth their curious ditties, with which nature hath furnished them to the shame of art.” — Izaak Walton

“A man should never be ashamed to own he has been in the wrong, which is but saying, in other words, that he is wiser today than he was yesterday.” — Alexander Pope