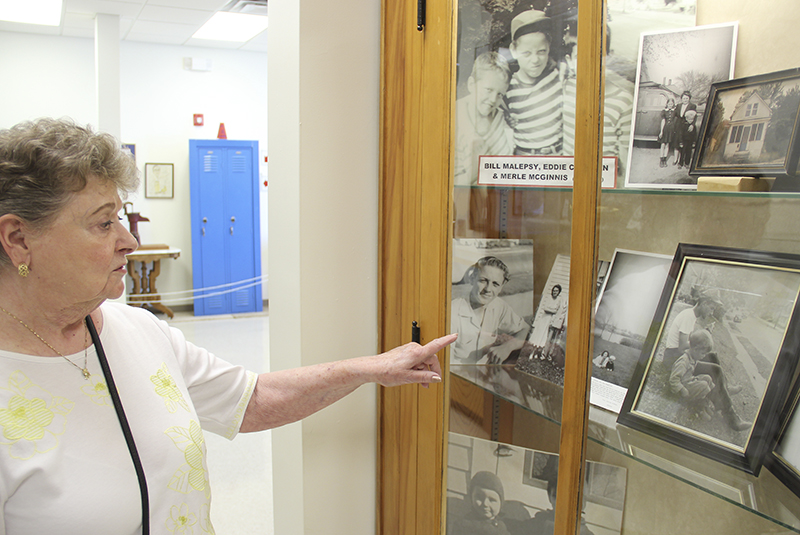 Pat Hickey, sister of Eddie Cochran, looks at photos in the exhibit at the Freeborn County Historical Museum in honor of her brother Friday afternoon. - Sarah Stultz/Albert Lea Tribune

As area car enthusiasts and other visitors come out this weekend to celebrate Eddie Cochran Weekend in Albert Lea, they will be joined by various family members of the native musician. 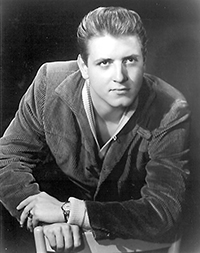 One of those family members, Pat Hickey, a sister of Cochran, now lives in Maple Valley, Washington, and traveled to Albert Lea with her daughter and son-in-law, Pam and Mike Lindner, to take part in the Eddie Cochran Weekend festivities and to see the exhibit at the Freeborn County Historical Museum in memory of their loved one.

Hickey said she hadn’t been to Albert Lea for about 10 years — prior to the museum’s expansion.

“It’s wonderful,” she said of Albert Lea’s remembrance of her brother. “I think it’s marvelous people are remembering him the way they have.”

Hickey said she and her four siblings lived on Charles Street in Albert Lea until her brother was 12 or 13. She stayed behind in Albert Lea to start her life as an adult, and the other family members moved to California for a job opportunity.

“Eddie loved Albert Lea,” she said. “When he moved to California, it hurt him.”

After the move, she said her brother picked up music. She noted he was lonesome and missed his friends from Albert Lea, and music helped. He was self-taught and could play just about any instrument, his sister said.

One of his first gigs was at Knott’s Berry Farm in Buena Park, California, and she remembers how excited he was for the opportunity.

By the age of 16 as his music began to take off, she said he dropped out of high school and decided music was going to be his life, Hickey said.

Despite his ever-growing success as a musician, she never doubted her brother’s love for his family.

“He was very outspoken about his family and the love of his family,” she said.

She remembers it like it was yesterday on the Easter Sunday in 1960 when Eddie Cochran, who was 21 at the time, was traveling home to see the family after being separated for about three months. The taxi taking him to Heathrow Airport crashed, and he died.

“He was with us for such a short time,” she said. “Who knows what he would have accomplished if he had still been here.”

Hickey said she her brother loved performing, and he was hardworking and good-natured.

“I think I remember most what a wonderful person he was,” Hickey said.

Robin Cochran-Kennedy, Eddie Cochran’s niece, said it was her third time traveling to Albert Lea for Eddie Cochran Weekend and she was enjoying her time in the community.

She commented about how she was impressed with the Eddie Cochran museum exhibit.

Hickey said she planned to take a cruise on the Pelican Breeze II Friday afternoon and then was expected to stop out at the car cruise-in downtown.