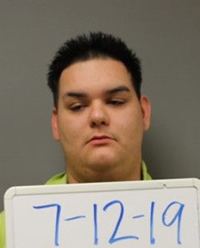 Court documents state Albert Lea police received a call for assistance at 2:56 a.m. Friday near 805 E. Main St. regarding an allegation of an assault in which guns were pulled and a man’s backpack was taken.

The victim reportedly told police he was walking on Bridge Avenue when he saw a silver Chevrolet Impala pull out from the parking lot of Security Bank. He recognized the vehicle as belonging to Ortega, who was an acquaintance. 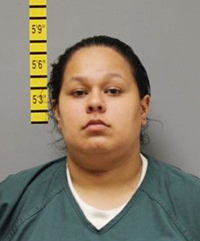 As he continued to walk, the Impala pulled up alongside him, and a man who he knew as Sanchez reportedly got out of the vehicle, pulled out a gun and pointed it at him, demanding the victim, “Give me your (expletive).”

The victim said there were three males involved in the incident, and they were all within a few feet of him, and they grabbed his backpack from him.

After searching, police later discovered the Impala parked the wrong way in the 800 block of Minnesota Avenue. Ortega was still in the driver seat, and there were two males outside of the car.

Authorities have stated a third male reportedly fled from police.

Court documents state police found an airsoft handgun in the backseat of the car, and the victim’s backpack was also in the car.

In an interview with police, Ortega reportedly gave a story and then changed it. She said the males saw the victim walking and asked her to pull over, but she didn’t know what they claimed to do.

When asked what had happened near the Fountain Lake dam, and whether he knew what robbery was, the juvenile said, “Yeah, I didn’t rob anyone.”

No information was available about the juvenile’s court proceedings as juveniles hearing’s are closed to the public.