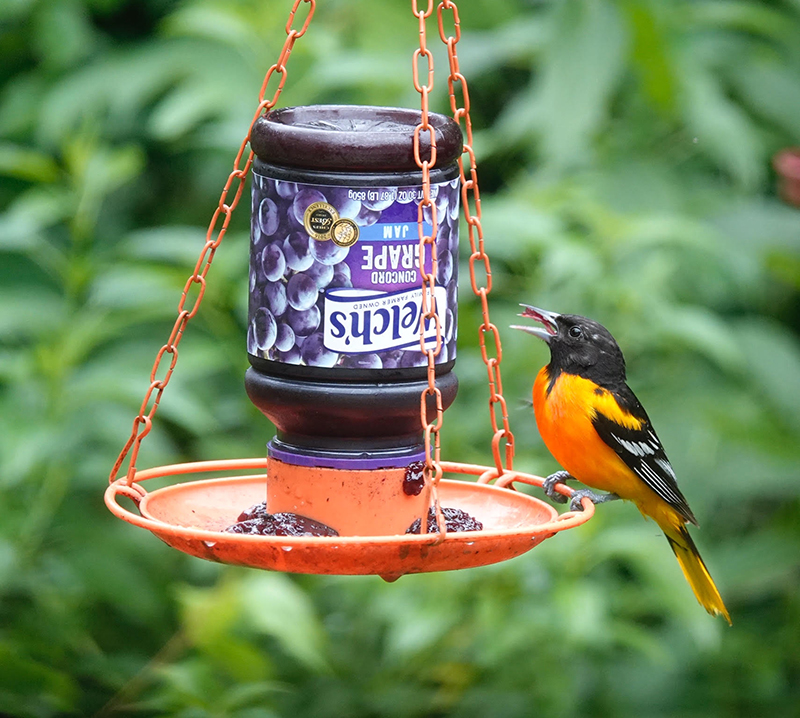 Mark Bernard of New Richland inquired as to the identity of the oriole jelly bird feeder in Al Batt's yard. It's a Perky-Pet. - Al Batt/Albert Lea Tribune

“Everything is nearly copacetic. I’m buying an old UPS van so I can park wherever I want. The mosquitoes have become worse than any reality TV show. The wretched creatures suck blood and fun. I swat at them, but they think I’m applauding. We have two kinds of mosquitoes in Minnesota: one that goes through a screen and the other one that opens the door.”

I mowed the lawn. It’s a job I don’t relish. White clover, also known as Dutch clover, adjusts when mowed and flowers on shorter stems. I prefer it to grass. Not long ago, it was considered a standard of excellence in lawn care. The clover grows quickly and is a fertilizer factory, a nitrogen-fixing plant that improves the fertility and health of the soil. Bees use it as a nectar source, rabbits and deer eat it, it’s immune to the brown patches caused by dog urine, it outcompetes other weeds and remains green in hot weather. What’s the downside? It isn’t durable in high-traffic areas and it can stain clothing.

For an instant, young birds in the yard made ubiquitous an understatement. I listened to a red-eyed vireo. Theodore Roethke wrote, “Deep in the greens of summer sing the lives I’ve come to love. A vireo whets its bill. The great day balances upon the leaves; my ears can hear the bird when all is still.”

Pam Martin of Great Bend, Kansas, told me that when she was a girl, her cousin had a pet crow that mimicked the sounds of human sneezes and ringing telephones. It was so good, it fooled the family’s telephone-hating dog into barking.

A friend, Ken Abraham originally from New Richland and now retired from Ontario’s Ministry of Natural Resources, told me of his visit to Portugal. There were legions of the high-flying, swooping, acrobatic birds with boomerang-shaped wings that spend most of their lives in the air. He saw four species of swifts there — pallid, alpine, white-rumped and common, but no Taylor Swift. 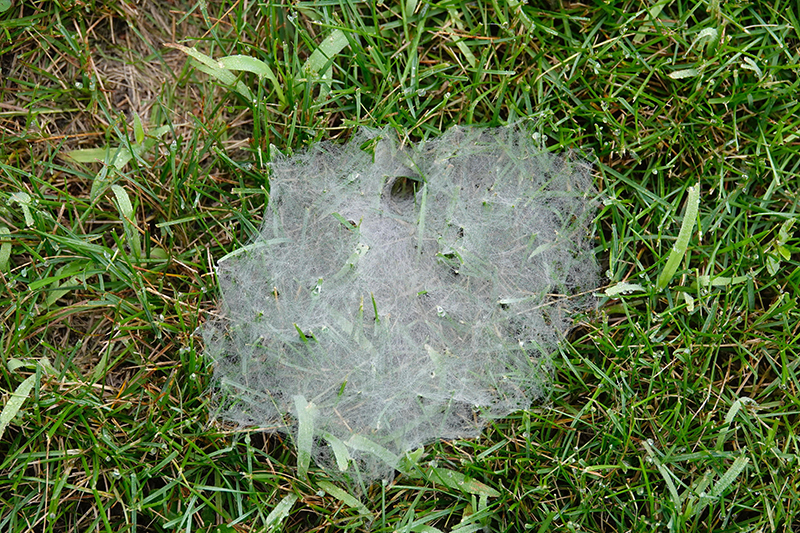 “Which is the better of the two to feed birds, milo or millet?” Milo is a large, reddish round seed, also called sorghum. Because it’s large and bulky, it’s less expensive than most other types of birdseed, but it’s less appealing to most bird species. Very few birds eat milo — quail, doves, cowbirds, wild turkeys and pheasants. On the Cornell Lab of Ornithology seed preference tests, western U.S. `ground-feeding birds such as Steller’s jays, curve-billed thrashers and Gambel’s quail preferred milo over sunflower. White millet is a favorite with ground-feeding birds including quail, native American sparrows, doves, towhees, juncos and cardinals. It’s also a favorite of cowbirds, blackbirds and house sparrows. Red millet is shunned by most birds and becomes waste.

“What is a ditch lily?” Hemerocallis fulva, the orange day-lily, tawny daylily, tiger daylily, fulvous daylily, railroad daylily, roadside daylily, outhouse lily, wash-house lily or ditch lily is a species of daylily native to Asia. All are orange with red streaks and turn to yellow at the throat. It blooms in June-August.

“When are fawns weaned?” White-tailed deer are weaned at 8 to 16 weeks of age.

“Will a bald eagle steal a nest?” They build their own nests, but will steal fish from other birds. Occasionally, one of a pair will be driven off by another eagle. A great horned owl will swipe a bald eagle nest when it’s able.

The 86th Federal Migratory Bird Hunting and Conservation Stamp is available at many post offices for $25. The Duck Stamp features a wood duck painted by Scot Storm of Freeport, Minnesota, and serves as both a hunting license and a pass into any national wildlife refuge. Nearly all proceeds are used to conserve wildlife habitat.

Wild parsnip is a nonnative noxious weed. A noxious weed is one the commissioner of agriculture has designated as injurious to public health, the environment, public roads, crops, livestock or other property. This plant is typically a biennial, 3-5 feet tall with alternate, compound leaves. Leaflets are shiny, oblong, coarsely-toothed and either mitten- or diamond-shaped. Yellow flower umbels develop from June to late summer. Wild parsnip occurs in sunny areas with varying degrees of soil moisture and is found in ditches and non-cultivated landscapes. Severe sunburn (photosensitivity) occurs when sap contacts human skin in the presence of sunlight. This can cause a rash that could lead to blisters and discoloration of the skin (phytophotodermatitis). Battle wild parsnip by mowing or cutting the base of the flowering stem and removing before seeds set.

Thanks  for stopping by

“If you have knowledge, let others light their candles in it.” — Margaret Fuller

“Compassion is not weakness and concern for the unfortunate is not socialism.” — Hubert Humphrey