Albert Lea man gets 39 months in prison for threatening woman 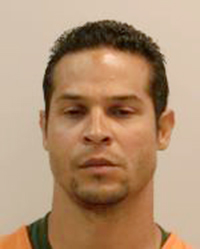 Two counts of felony terroristic threats and one count of felony pattern of stalking conduct were dismissed as part of a plea agreement reached April 18. Judge Jeffrey Kritzer issued the sentence.

Court documents state a woman reported Avelar to police in July 2018 after he threatened her. She said he was released from prison in March 2018 after serving time for domestic assault against her and that she previously had an order for protection against him, but it expired.

She reported receiving text messages from him in June and had received several throughout July. One text contained an image of her street with the message, “I’m now in the truck I’m not playing games.” In others, he indicated he was suicidal, sending an image of a rope and a bridge and another of him with a noose around his neck. He also sent a picture of her children, saying he would have it in his pocket when the police found his body.

Avelar also sent several threatening messages about the victim and her boyfriend, including one that read, “And if I find out your (sic) around him your (sic) dead,” and another stating, “you try and meet him tonight and I will (expletive) kill you.”

The woman alleged she returned home on the night of July 7, 2018, and found Alevar in her daughter’s bedroom with her children. She said Alevar showed up at her house with a crowbar and threatened to kill her, her boyfriend and himself if he ever saw her with her boyfriend again.

She said she believed he was stalking her and was afraid he would kill her, her boyfriend and himself. She also said she was working on getting a new order for protection.

A review of Avelar’s criminal history shows prior convictions for domestic assault and violating a domestic abuse no contact order.