Al Batt: Do ruby-throated hummingbirds migrate during night or day? 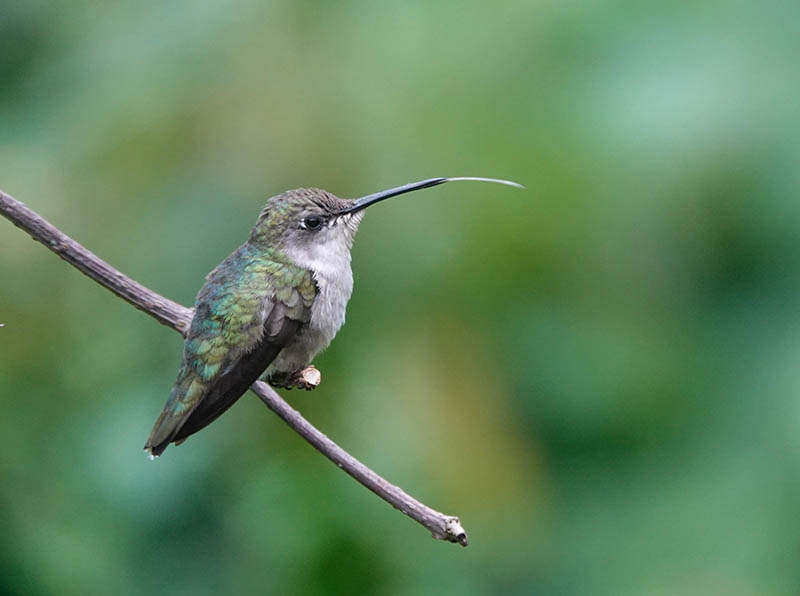 A ruby-throated hummingbird sticks out its tongue at another. Al Batt/Albert Lea Tribune

“Everything is nearly copacetic. I just ate a ginormous  cheeseburger with three beef patties and bacon. There was an advertisement from a funeral home on the wrapper. I had to go to the Knife and Gun Club — the emergency room — yesterday.”

“I tripped over an electrical cord at a farm safety seminar.”

I listened to black-capped chickadees making their chickadee-dee-dee calls, increasing the number of dee notes when alarmed. I found no reason for their concern, but I’m sure there was one. The song of this chickadee is a whistled fee-bee or “love you.”

The Minnesota Department of Natural Resources annual roadside pheasant survey showed a 17% decrease in the overall pheasant index from 2018. The 2019 index was 11% below the 10-year average and 60% below the long-term average. This year’s statewide pheasant index was 37.4 birds per 100 miles of roads driven. The pheasant index decreased throughout much of the pheasant range, except in the south-central and east-central regions. There, the index grew by 24% and 13%, respectively, over 2018. Weather and habitat are the main influences on pheasant populations. Overall conditions for winter survival of wildlife were below average to average throughout the farmland. Deep and persistent snow cover over most of the core pheasant range combined with colder than normal temperatures adversely impacted survival. Cooler than normal temperatures in the spring, flooding caused by melting snow and above-normal precipitation delayed nest initiation. Mild summer temperatures and drier weather benefited birds nesting or re-nesting later in the season. The average hatch date in 2019 was nearly a week later than in 2018. Other species surveyed and how their numbers compared with 2018 were: Gray partridge up, eastern cottontail steady, white-tailed deer up 45%, mourning dove down 29% and sandhill crane up 25%. 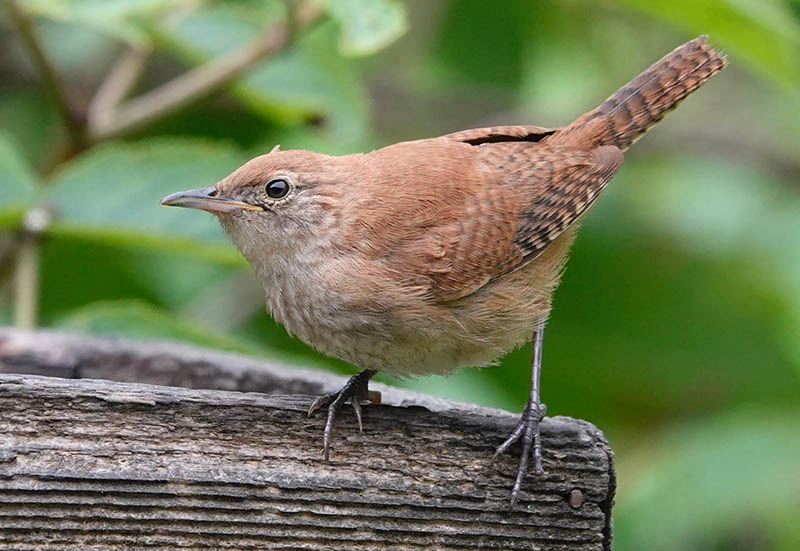 1. Warblers find sunny sites to glean insects from vegetation. Warblers can be hard to pin down, as are most things in life.

2. Northern flickers flash white rump patches in flight and feed on the ground as they migrate through.

5. Eastern kingbirds, appearing to be dressed in business suits, gather in flocks in preparation for migration.

“Do ruby-throated hummingbirds migrate by day or by night?” By day, except when crossing the Gulf of Mexico. They must keep on going until they reach the other side whether it’s day or night.

“Why does one hummingbird chase the others away from the feeder?” As happens each year at this time, our yard becomes a temporary home to a number of Nectar Nazis declaring ownership of every drop of sugar water. Hummingbirds are aggressive because they can’t afford to share flowers during the hard times when not many blossoms are available. This is important because flowers produce limited amounts of nectar. This behavior is so deeply ingrained that it’s carried over to feeders. I can almost hear a hummingbird declare this about the nectar feeders, “They’re Magically Delicious!” as if they contained Lucky Charms Cereal. The tiny bird chases other hummingbirds away. The Lucky Charms Leprechaun said, “They’re always after me Lucky Charms.” The hummingbird knows that the other hummingbirds are always after its nectar. There are no pink hearts, yellow moons, orange stars or green clovers in sugar water, but you’ll feed more hummingbirds by employing several small feeders rather than one large one. Space the feeders widely and they will be less likely to arouse the birds’ territorial instincts.

John McCormick wrote of large numbers of orioles in the cuff of Michigan’s lower peninsula, but they had left until a lone male oriole appeared on the feeder. John asked if it had been migrating from farther north than the others and if orioles migrate individually. Baltimore orioles breed into central Canada. They migrate in flocks at night and feed during the day. Their migration happens in July, August and September. There are always outliers.

“No garden truly blooms until butterflies have danced upon it.” — Kristen D’Angelo

“Laugh. Laughter is immeasurable. Be joyful though you have considered all the facts.” — Wendell Berry